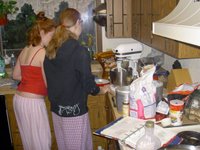 baking cookies . I’m have no idea how much stuff we made, but it was a LOT. Actually, I say we, but it was mainly Shaun and the girls. I think it was good for them to do the bonding thing together. (I also have to ‘fess up and say that I went and took a nap. I’ve been staying up way too late and getting up too early…makes for a very grumpy mama.)

arted their cooking projects and then realized that they needed to make a run to the store. They had orders not to go without me, but they did not obey them. I heard some sort of muttering that they didn’t want to wake me up, but I know the truth. They snuck off without me on purpose because I tend to monitor what goes into the shopping cart. So they had a wonderful time shopping and came home with bags and bags of groceries…not to mention a receipt that nearly put me into shock! 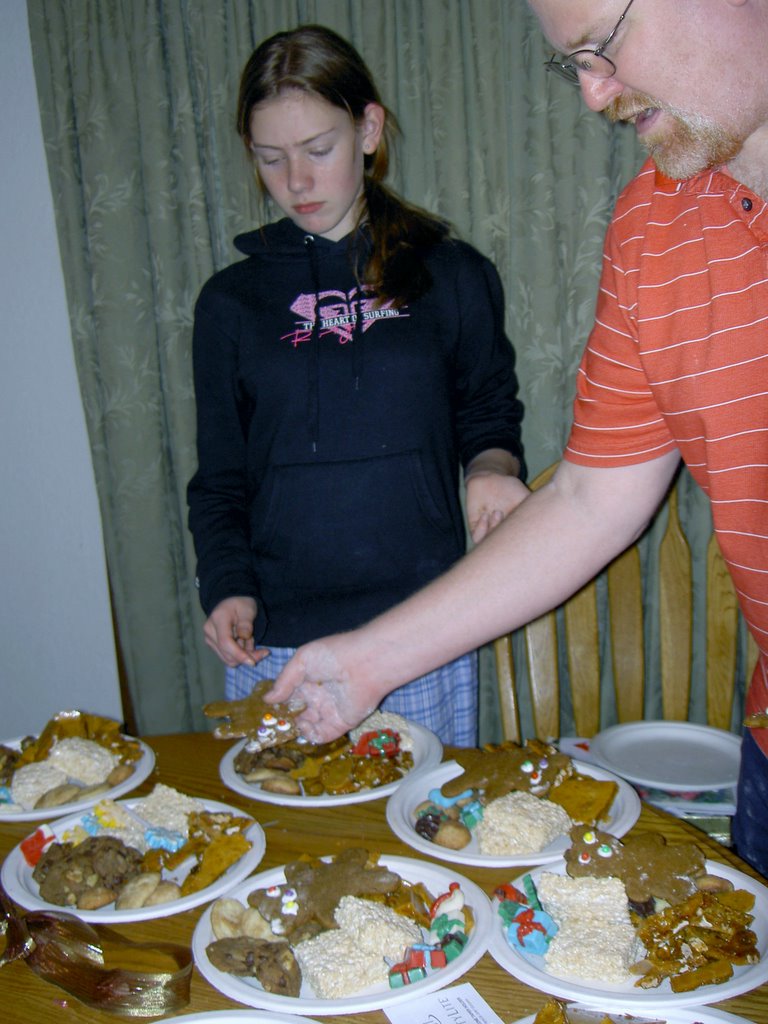 They made gingerbread men and walnut brittle, Snickerdoodles, brownies and rice crispy treats. I’m sure there was more but that’s enough for now. Then we decided to package them all up to give away. We laid out 10 big plates and divvied out all of our goodies. Then we popped into the Jeep and started delivering them to friends and neighbors. It was so much fun…especially at the houses we sang to!

At one point during the day we got our gingerbread making house kit and put it together. We worked long 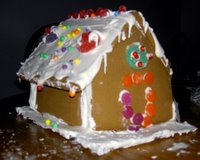 and hard on that. All I can say is that, well, it’s unique. It looks nothing at all like the picture on the box. But that’s ok. Ours has much more character. Who needs ninety degree walls anyways, curved is good, says I.

Now, it’s time to go cuddle with a little girl for a bit and watch a classic Christmas show. Then put little angels to bed, because, as everyone knows, “The sooner you get to sleep, the sooner Santa can come!”

This entry was posted in A Family Affair. Bookmark the permalink.