“Let’s go to lunch!” my adoring husband said to me yesterday, “I went to this great Chinese buffet last week, and I’d like to take you there”

“Chinese buffet?” I questioned suspiciously “You hate Chinese buffets. Oh wait…were there any white people there?”

You may think this is an odd question, but what my Beloved doesn’t realize that he is actually a caucasian. Well, sure, he dances like a white guy, but when it comes to food, he is convinced that he is 100% Asian. (Possibly with a little Hispanic mixed in) Not to belittle Asian cultures…but they eat GROSS food. (OK, so that’s just my opinion. He loves such delicacies as kimchee, tendon, tripe, tongue, etc. He also thinks that Creamed Eggs over Toast is gross. that only goes to show what he knows!)

“Oh, there were way too many caucasians in there for my comfort” he responded. “I’d say it was about 90%, but the food was really good anyways.” According to him, Americanized food is tasteless and uninteresting. (Now you know why he really thinks my cooking is so awful…it’s because I cook like a white girl.)

So against my better judgment, I agreed to go with him to the Chinese buffet. On the way in, he started giggling. (Yes, I know grown men aren’t supposed to giggle, but a lot of them do) I dreaded the answer, but I had to ask him exactly what he was so giddy about.

“Oh, I was just thinking about how yummy those pigs feet are going to be!” Ewwwww, I don’t think that counts as an Americanized Chinese buffet! Now I knew for sure that I had been duped. Naturally when he saw my look of horror he went from a giggle directly into a chortle.

“Don’t worry” he said. “I’ll scope it out and make sure I direct you away from bucket” Bucket? I’m going to eat in a place where they have a bucket full of pigs feet? I don’t think so. Yet, somehow, he managed to persuade me to go in…and it really wasn’t that bad. I guess. 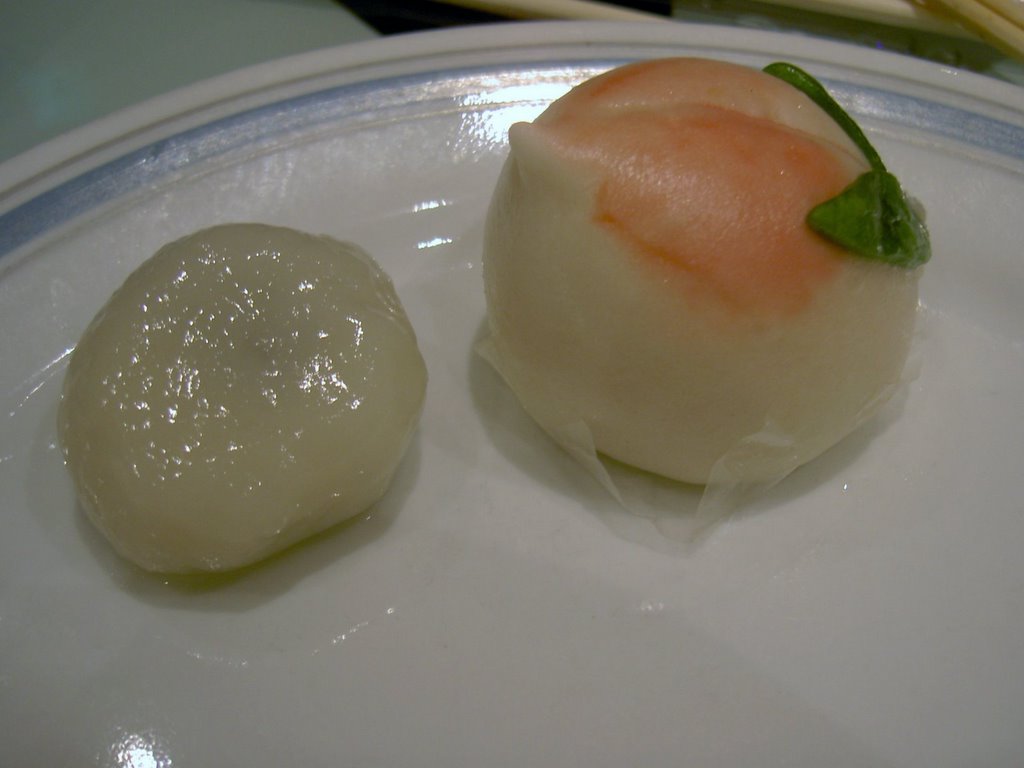 ed we go get some dessert telling me how wonderful they tasted. Um…Ok. We went back to the line and he served me up a white ball that looked kind of like a peach. Then he gave me another white ball. It was smaller and jiggled. I just glared at them while he gobbled his down and urged me to try them. Finally, I took a deep breath and bit into one. Then instantly spit it out. It was the nastiest thing you could ever imagine. Unless, of course, you happen to be Asian…or my husband.

Next time we go out for lunch, we’re going to Denny’s. Now that’s Good Cookin’!

This entry was posted in Love and Marriage, That Man O' Mine. Bookmark the permalink.

0 Responses to Let's Do Lunch!