Ok, so I know this is in the wrong place, out of order and all that…I had a plan though! I accidently found out that you can make an entry show up earlier than you wrote it. Somehow though, the Computer Deities found out what I was up to. They don’t like it when you get too clever, so they fixed it so I couldn’t sneak this in earlier. Sigh…I guess I’ll have to be sneakier next time! LOL Now, back to New Year’s EveYears ago, (back when I was young and dumb) I was all about finding a wild party and hanging out with my friends ringing in the New Year. I find it rather sad that I struggle to stay awake and am ready to hit the hay right after we welcome the year in.

This year we started off our celebration with our friends the W family. We had decided th 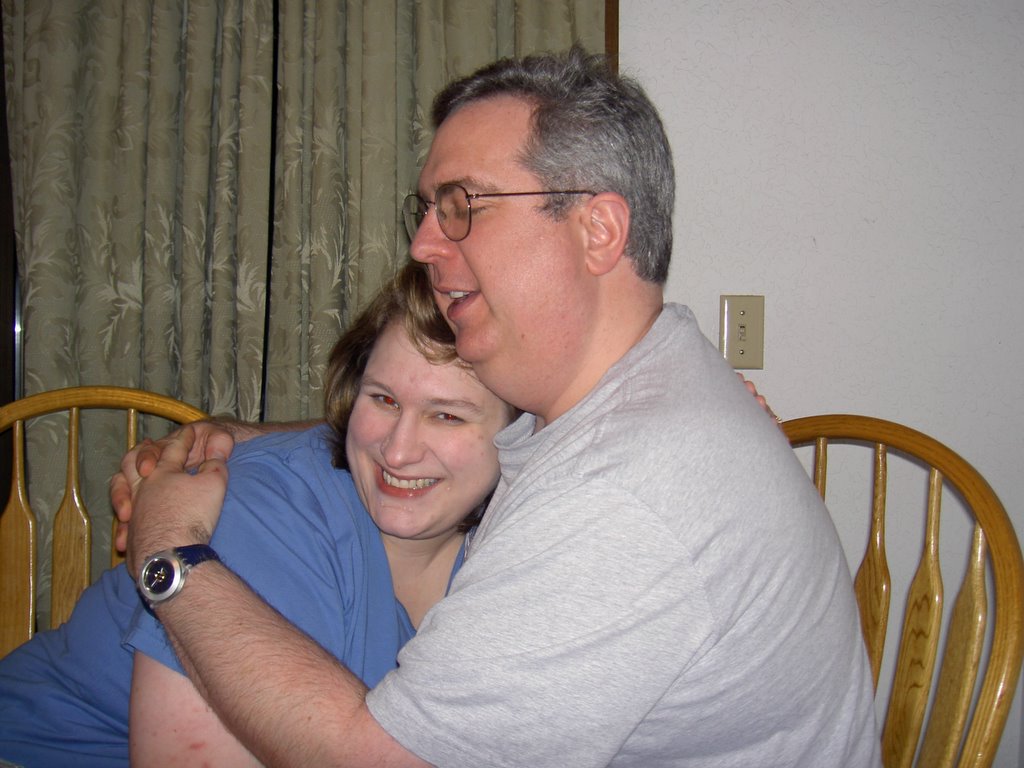 at we would just do a dinner of various appetizers, but somehow it evolved into a fondue feast. Kathy brought all the fixins’ and prepared a wonderfully authentic Swiss fondue before our eyes. (We know it is authentic because they had the real thing in Switzerland and the whole family declared Kathy’s to be better…and she’s not even Swiss!)

Then, of course, I had to make my own brand of fondue…chocolate! One of the W kids Thanked me several times for making his “favorite kind of fondue”! Of course he had never had that before. Hmmm, hope that doesn’t cause problems in the W house!

For some reason, Shaun has this fascination with dry ice. He was ecstatic when he learned that our grocery store carries it full time. So, guess what fun thing we had for NY? And guess what container it had to go in? Sigh…the man is always entertaining 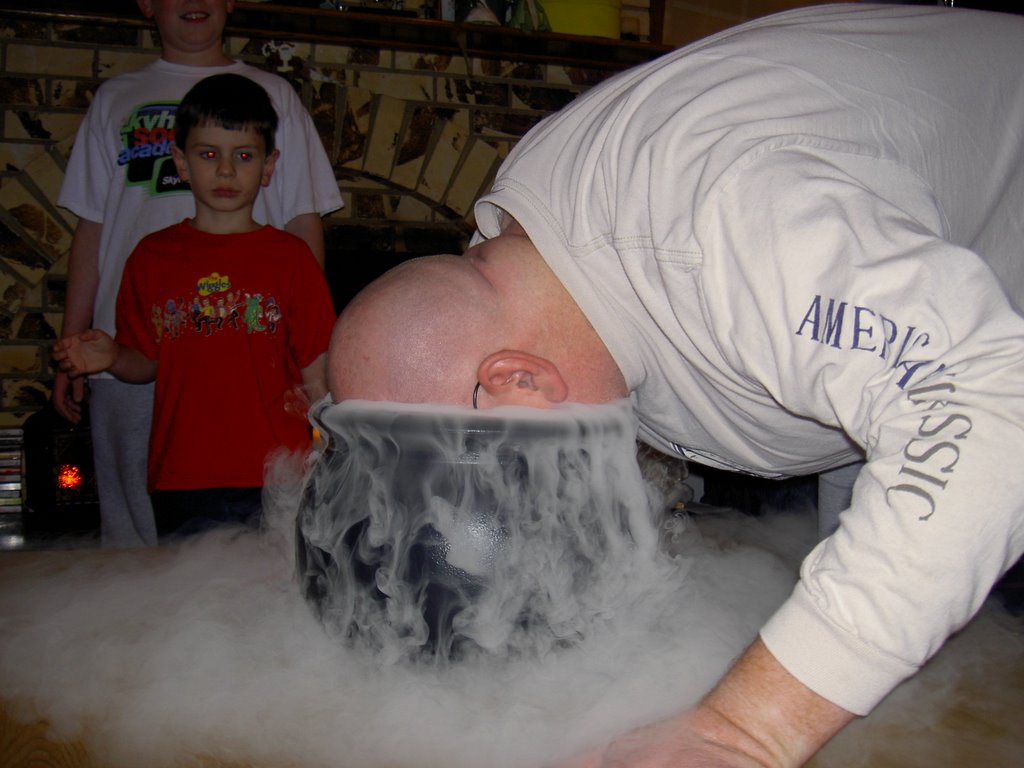 Soon, it was Game Time! The W’s had brought a couple games that we hadn’t played before. (The girls and I have decided that Taboo is our new favorite game and we rushed out to buy our own copy of it. Shaun doesn’t like it a bit as his brain struggles to work that way, but we shall make him play anyways! ) Lots of laughing and lots of fun for everyone. Way too soon the W’s realized that they needed to get the little guys home and into bed.We started cleaning up and just enjoying each other when all of a sudden we realized that it was almost midnight. Quick as a flash, we grabbed our bottle of sparkling cider and the party hats and noisemakers that someone brought home and ran downstairs. We turned the TV on just in time for the countdown. Soon we were all shouting at the top of our lungs and toasting each other. Then, just as he has for the last 17 years, the man I love kissed me. Have a great year everyone. 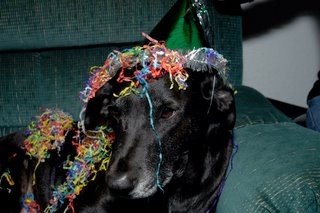 Penny’s all partied out!

This entry was posted in A Family Affair, Ya gotta have friends!. Bookmark the permalink.