After the Senate Building, we took a short walk over to the Supreme Court. We had to wait in the lobby for half an hour or so for the next docent session to start. There was a guard who took his job of keeping order very seriously. For some reason, he felt the need to bellow out at the top of his lungs that we all needed to keep our voices down every ten minutes or so. Much to my amusement, somebody asked him to repeat what he had said as they didn’t quite catch it. Without blinking an eye, the guard repeated his directions. I found it interesting to find that nobody was allowed to sit on the floor but it was perfectly fine to on the bases of the huge marble columns. My theory is that they either don’t want it to look messy in the lobby or they want to avoid the appearance of a sit-in.

Mr. Larson was a great source of quiet 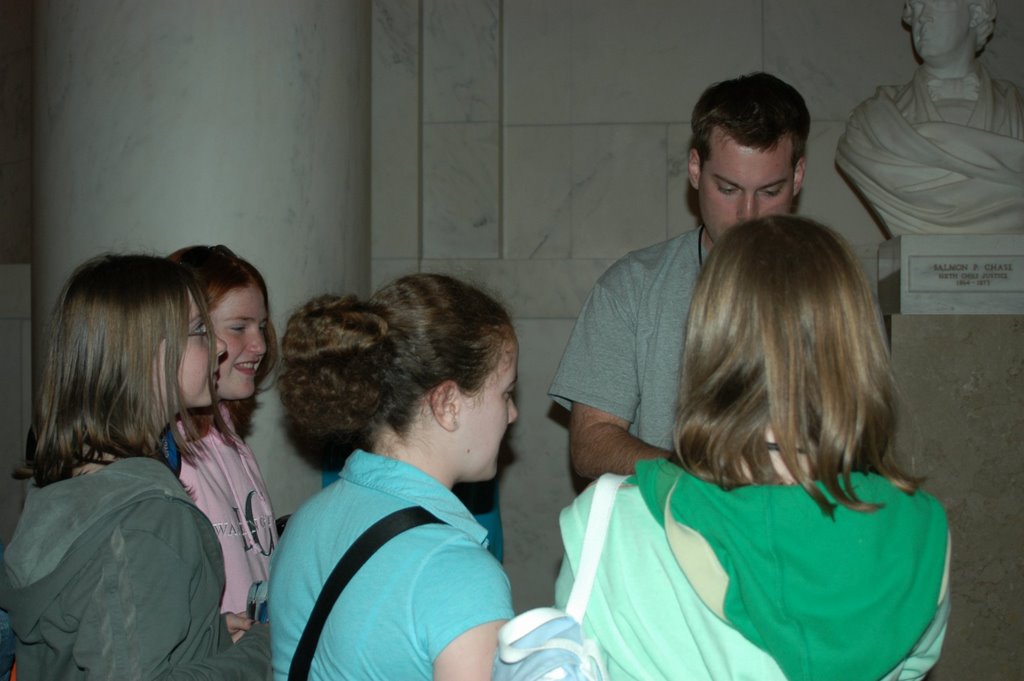 entertainment for the kids.

We finally made it inside the Chambers (court obviously wasn’t in session) and listened to a great talk, followed by a question and answer portion. I think it really made what goes on in the Supreme Court come alive for the kids. (If not for them, at least it did for me!)
We took another short walk for a photo op and quick talk at the capital building. 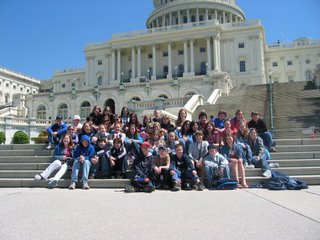 Then we were off to the lower level of Union Station for lunch. Our tour guide warned us that there were a lot of unsavory characters just waiting to pounce on unsuspecting kids who flashed money around. This made a lot of parents quite nervous so they kept an extra tight reign on their charges. (Could that have been the point?) I found it to be just your average food court filled with business types (or I guess political types) in a charming building. Our tour guide also told us to check out the huge clock to see if we could figure out what was wrong with it. After staring at it for a while, I finally figured it out. Can you? (The time was correct) 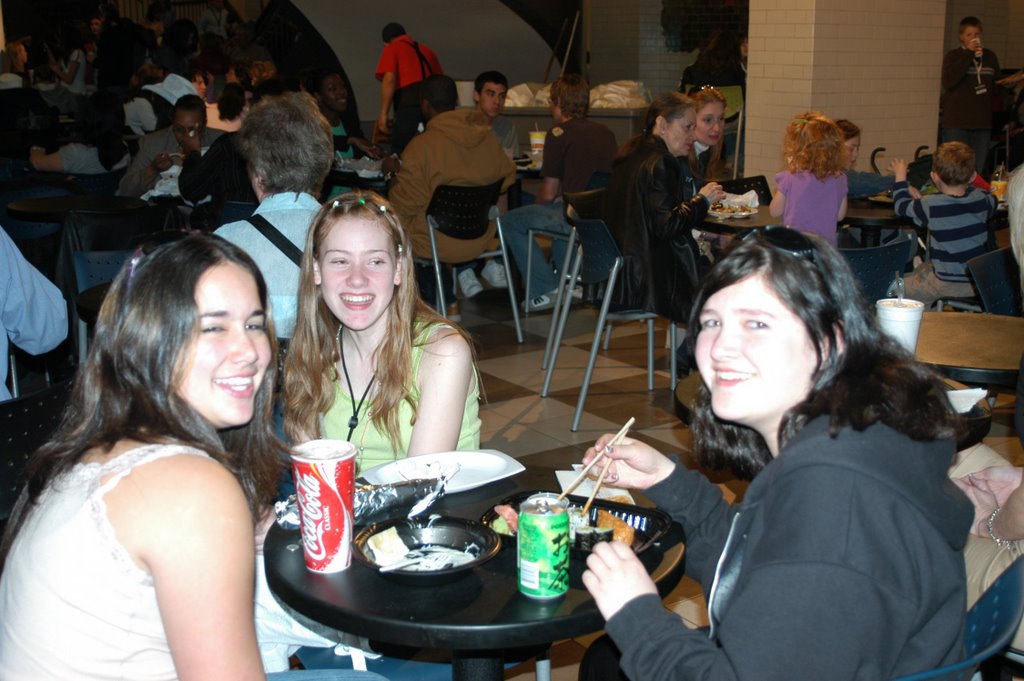 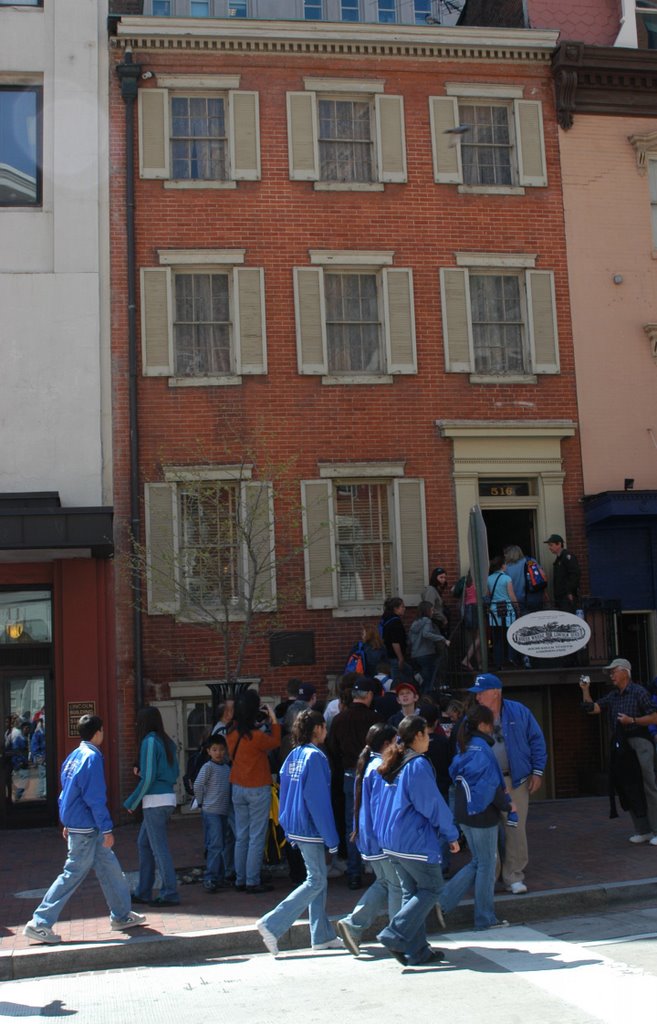 ident Lincoln was assassinated by John Wilkes Booth. We lucked out by arriving right before a new presentation was to start and were quickly seated. Many of us were surprised to learn that Ford’s Theater was a part of the National Parks Service. We were treated to a wonderful monologue by a park ranger on what happened on April 14, 1865 (we were there April 10th 2006). After the performance, the boy sitting next to me said
“That’s it? Aren’t they going to show him being shot?” Ahhh, aren’t boys delightful? We then had the chance to visit the Petersen house across the street from the theater where the president was taken and later died

We hopped on the bus again and headed towards Arlington National Cemetery. I have been to Rosecrans National Cemetery numerous times and have always silently mourned the endless rows of tombstones. As huge as Rosecrans is, it pales in comparison to Arlington. It made my heart both sad at such a huge loss of life and proud to live in a country where so many have served us well. (Of course, being a Navy Brat has nothing to do with this)

I’m not so sure the kids really got it. Some of them had a really hard time being quiet and respectful. They just wanted to run and play…I guess that makes sense when you are young and have so much life ahead of you…and have been restrained 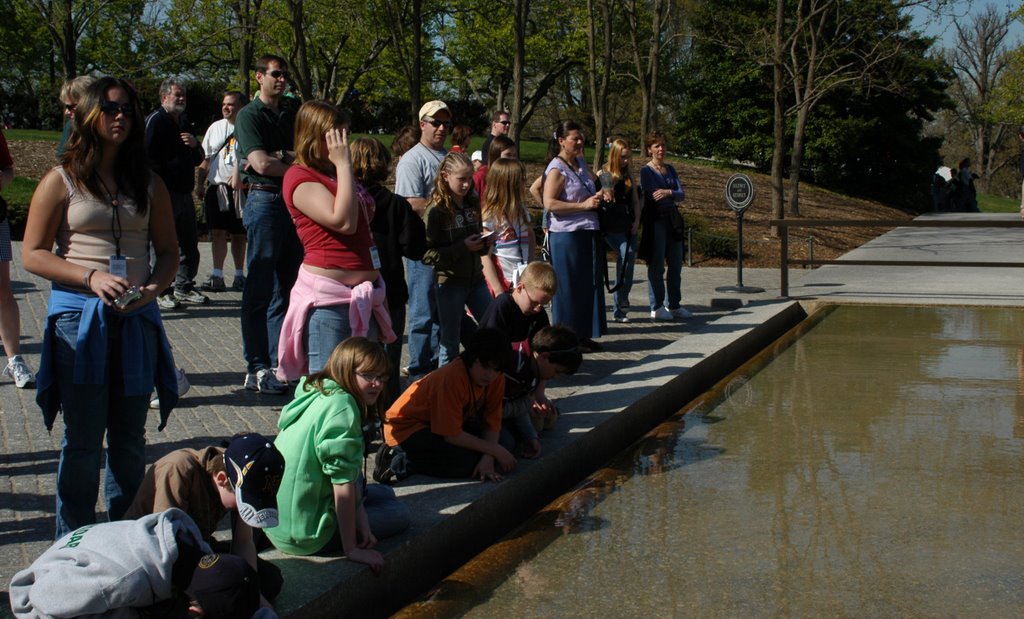 all day. . They were all great at the reflection pool and at the Tomb of the U 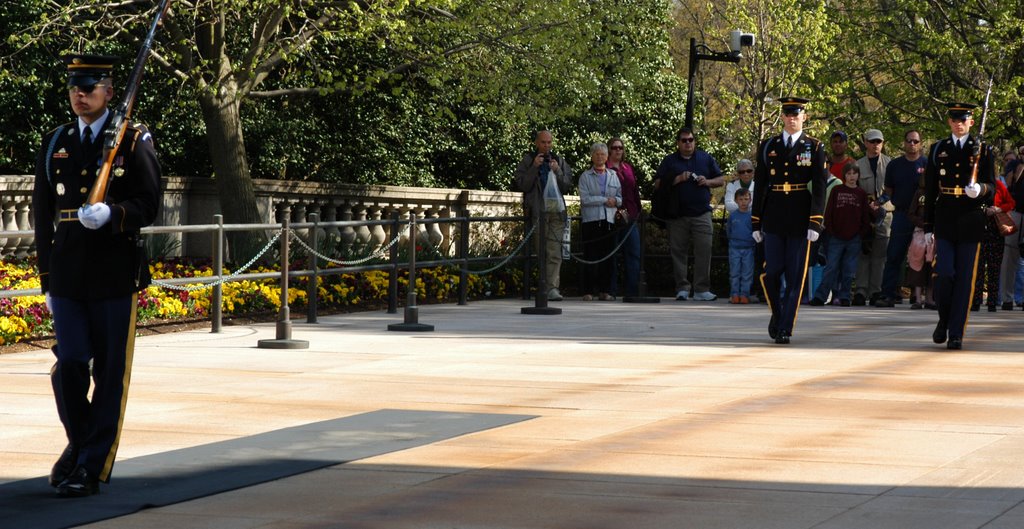 and the changing of the guard.

After Arlington, we made a quick drive past the Iwo Jima monument. Then we headed towards a really fun and yummy dinner at California Tortilla. If they were around here, I would definitely find myself eating there. Little did we know that would be our last really good meal for a while.

After dinner we headed over to the Franklin Delano Roosevelt Memorial. I think this one is on 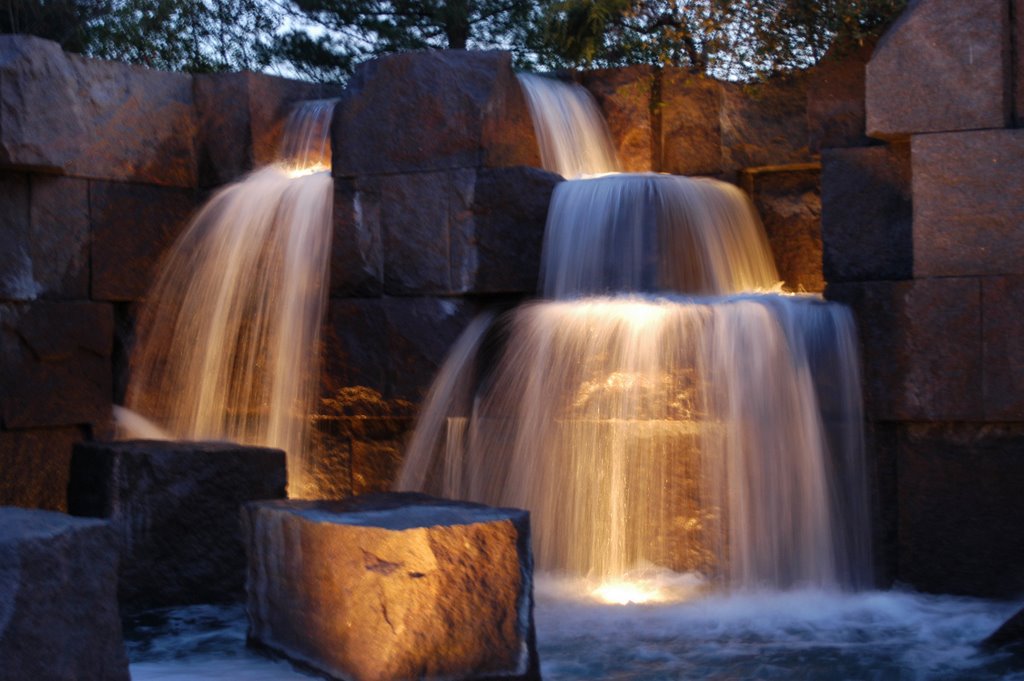 e of the most beautiful of all the memorials we saw. It was huge, well manicured, full of art and waterfalls. I think I loved the waterfalls most of all.

Then we were off to the Jefferson Memorial. I’d like to tell you something profound about it, but all I can remember was that it was big. Oh and that our bus wasn’t where they said it would be so we had to go hunt for it. I guess I was getting a little burnt out on Memorials at that point. J
Finally we headed off to our hotel.

So, do you think any of those kids slept?

0 Responses to It's still Day Two!