I don’t exactly remember how we got the idea for the girls to study martial arts. I know we had some friends that were going, but they had dropped it after a few months. Mostly, I think it was for fairly selfish reasons. If we are going to depend on our children to watch out for us in our old age, they should at least be able to defend us!

We looked at every martial arts place in the area. (It’s surprising how many and how varied they are too) We finally decided upon Jungyae Moosul. This was a Korean based combination of several different forms of martial arts.

They only thing that held me back from immediately agreeing to place our girls in this program was walking into the academy and seeing a huge wall of ferocious looking weapons. Shaun had to convince me that using weapons was a good thing not a nerve-wracking one. (Not that we didn’t trust our precious angels with sharp objects or anything like that) 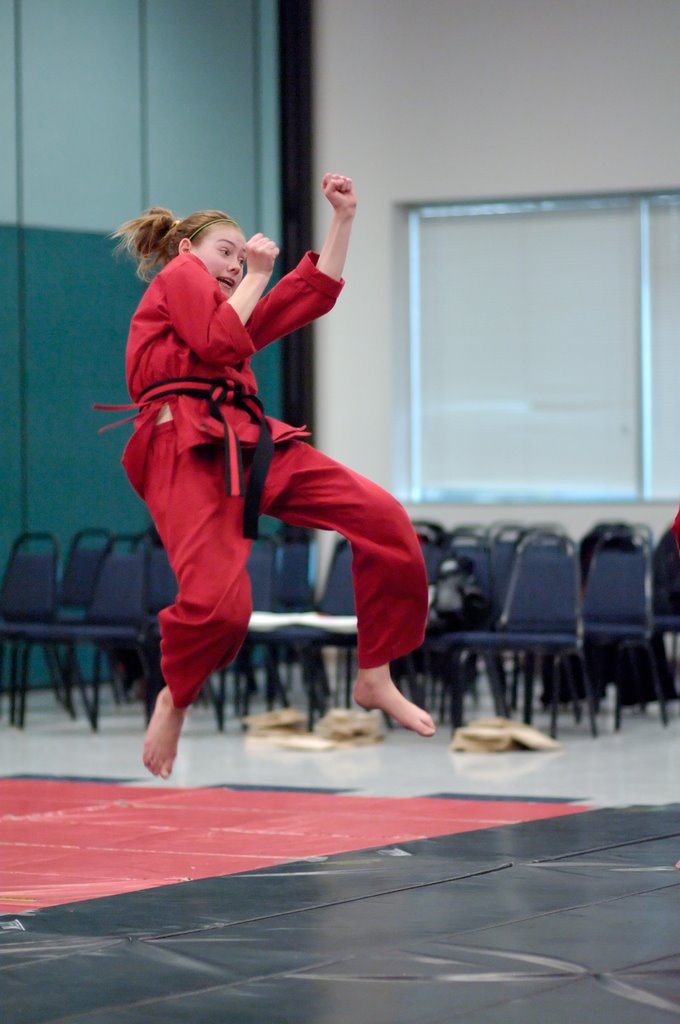 It’s been a few years now, and the girls are finally ready to start preparing for their black belts. If it was up to me, I’d let have the black belts after just a few months. (I’m not really all that patient) They have these rules though…it seems as though they actually want the kids to earn these belts. Sigh… So pretty much every other month they have been “testing” to prove that they have mastered all that they should know at the current belt. They would then receive the next belt and start mastering all the techniques for that one. It used to be, that if you were unable to test at that time, then you had to wait for two more months until the next testing time. We also always took the summers off because we were usually going somewhere. So it’s taken the girls longer than some to complete this. (Not that I’ve been rushing them or anything)

On Saturday, Mimi finished up testing for her Senior Dan Bo belt. Kaitie had already done that and Saturday was her Black Belt Pre- testing. They will both do the big Black Belt testing in November. (That’s a long time to have to study for one belt!) 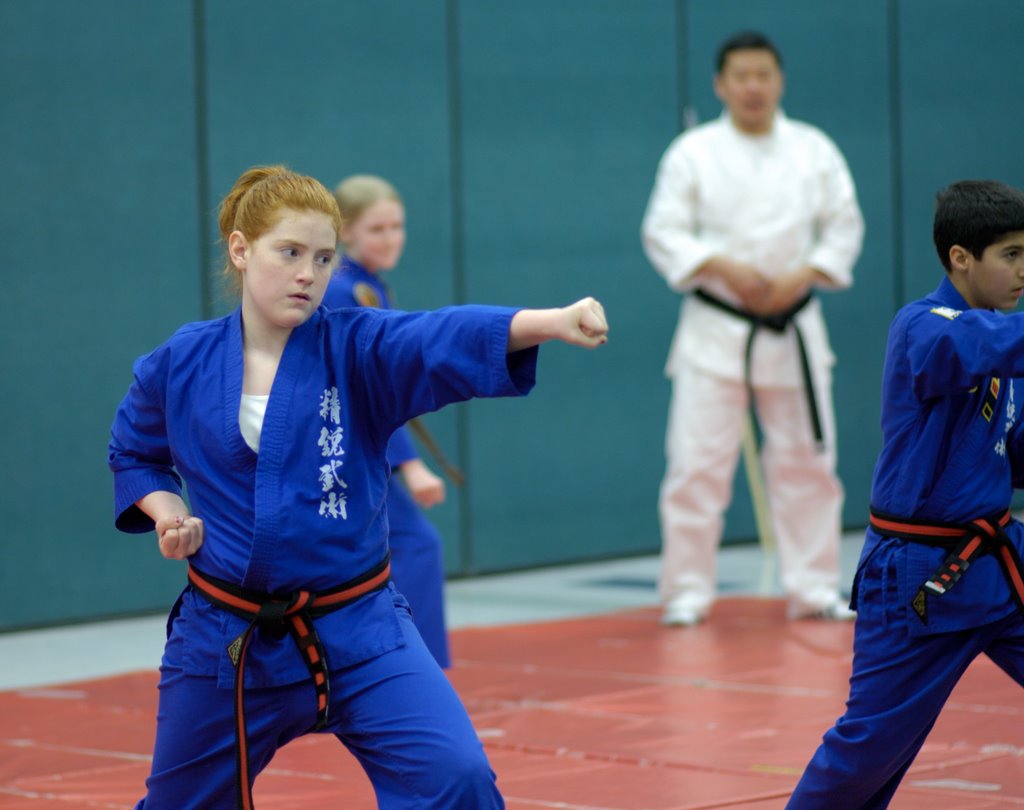 It hasn’t always been easy for the girl to keep going to martial arts. It’s a pretty big commitment. Two days a week for a few years now…sometimes three or four days a week if they need extra help getting a form or a kick down. (And guess who’s been driving them all that time?)

We are very proud of them. They have worked so hard to get this far. Soon, very soon I’ll take them for a walk with me down a dark alley. I know that I can count on them to protect me!

This entry was posted in A Family Affair, KT, Mimi. Bookmark the permalink.