Last week, the day before the deadline, KT decided that she wanted to run for ASB Office. She just had to decide which position she wanted to run for. According to KT, the whole election was pretty much a popularity contest. Realistically, she knew that a lot of people liked her, but that she wasn’t considered one of the “popular kids”. After considering all the options, she decided that she wanted to run for 9th Grade Representative. It wasn’t one of the really cool positions, but it was still a great way to make a difference for her school. And she really wanted to make a difference. (Not to point out the fact that it would look really good on her college applications!)

KT mentioned to a couple of her friends that she was going to run for office . Suddenly it seemed as though everyone wanted to help her with the campaign! For the next few days, my dining room was turned into a frenzy of activity I liked to call “Campaign Central”. We had a house full of teens working hard on designing and making up sloga 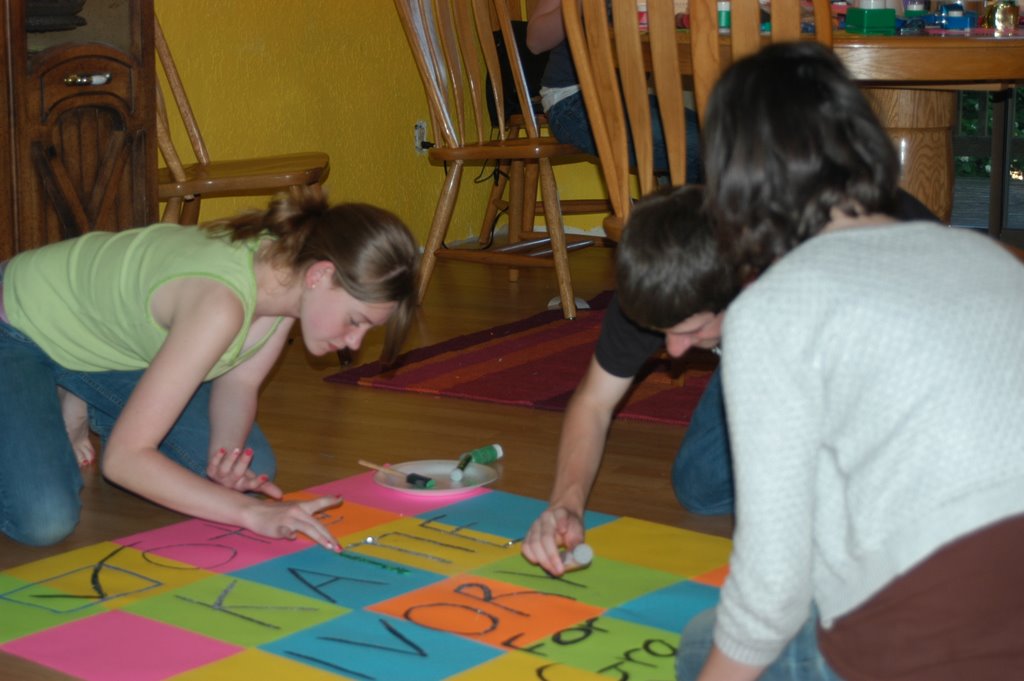 ns, posters and all that other campaign stuff. I’m pretty certain this has to have been one of the most colorful and glittery campaigns this school has ever seen!

One of her KT’s friends said that working on the campaign made her feel as though she was on an episode of “West Wing”! It was a huge adventure for her. I’m still shocked when I think about how I drove a whole van full of kids to the school at the Crack Of Dawn one morning so that they could help hang posters. All those kids kept calling and asking if they could come over and what else they could do to help. I guess you really find out who your friends are at times like these. (Although somehow I can help but wonder if this in any way relates to my dad telling me that you’ll never get rid of strays if you feed them. I have to admit that I did feed all those kids. Yep, I fed them a LOT. Hmmmm…)

Over the weekend, KT insisted that we go to the library. She had found that there were several books on how to win a school election and she just had to have them. She read through them quickly and made a few adjustments to her campaign. 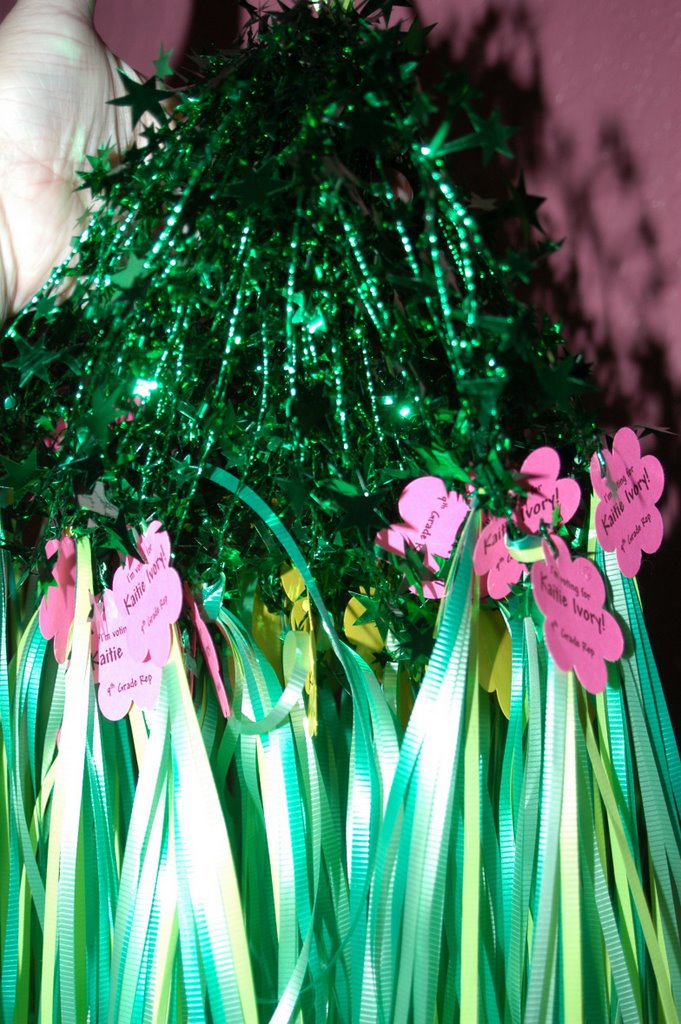 must have helped. KT was amazed that so many people that she didn’t even know kept coming up and talking to her, offering their support. I can’t help but think that maybe all those photos of herself she had plastered on her posters had something to do with that. We had also made name badges and tiaras. Everyone wanted one of those sparkly and beribboned tiaras! Because they were in such demand, I tried to convince KT to sell them to help fund her campaign, (or maybe a family cruise) but she refused. She said something about it not being right. Dang kid…who taught her about ethics anyways!

She also used the information from those books to help write her speech. Our KT wanted it to be different from all the typical campaign speeches one tends to hear. She wanted her speech to make her stand out from the pack. It seemed to have worked because some of the kids in her homeroom were shouting for everyone not to vote for her. They kept hollering that she was a vegetarian and would take hamburgers off the lunch menu! (Those boys were SOOO lucky that I wasn’t there!) We later found out that they were friends of one of her opponents. I guess she scared them a bit!

Tomorrow is Election Day. I’m not quite sure who is more nervous about it. KT or her parents! No matter what happens, we couldn’t be any prouder of her. She worked her tail off in a good and fair fight. Think good thoughts her way!