Despite the fact that Shaun has told me that he would prefer me to write my “funny stories” instead of doing SPF, I’m still going to play! OK, in his defense, I have bit behind about writing. So I’ll try to post more often. Sigh…the things I do for that man…ANYWAYS, Kristine gave out a new assignment and here it is:

1. A wide open space. (anyone else have the Chick’s running through their heads?) 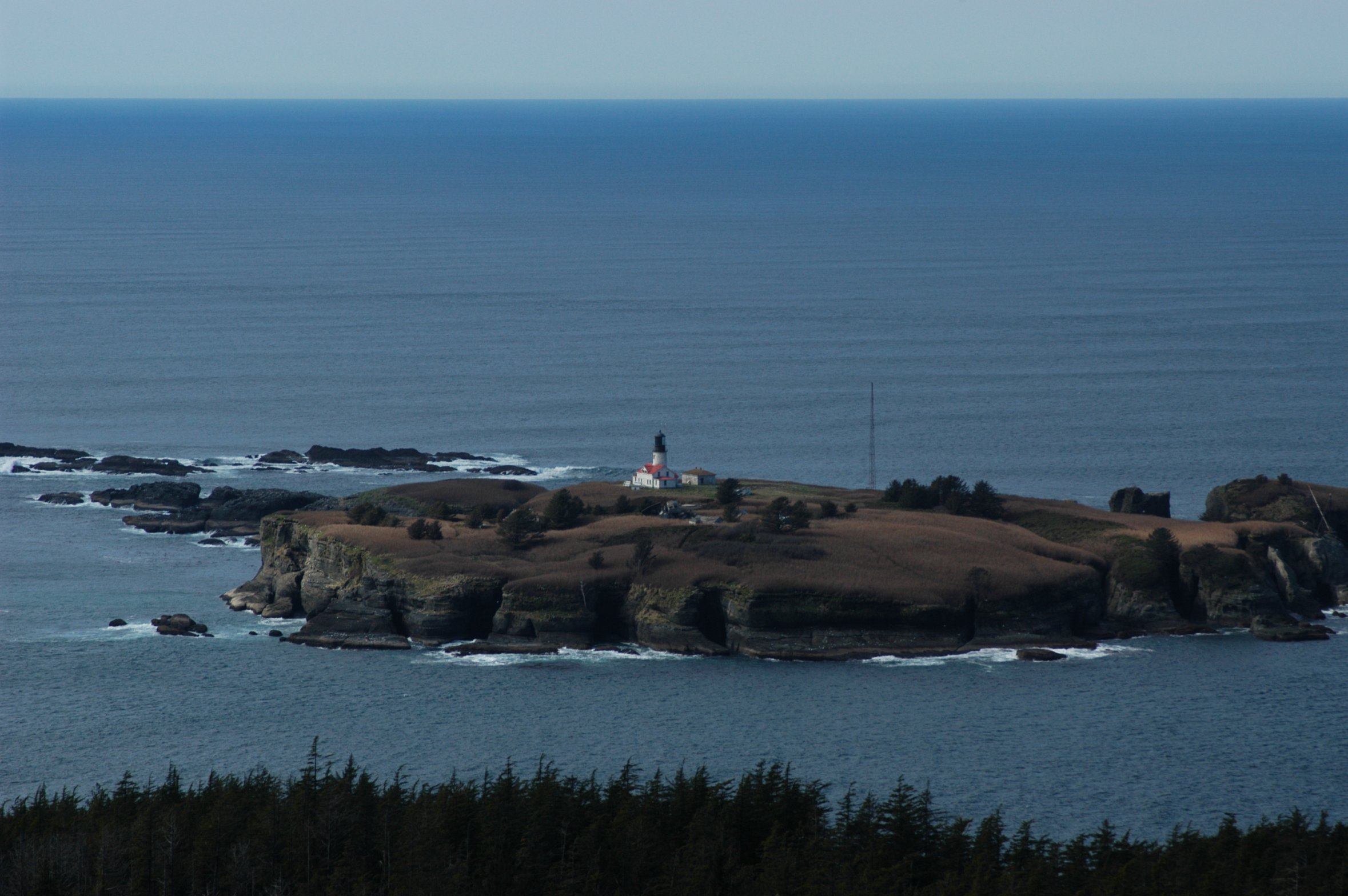 This is at Neah Bay on the Macah reservation. It is the most northwestern point of the United States. All I can say is that it is beautiful. We were standing on a cliff overlooking this tiny island with a lighthouse on it. Behind that, the
Pacific Ocean looms out, seemingly forever. 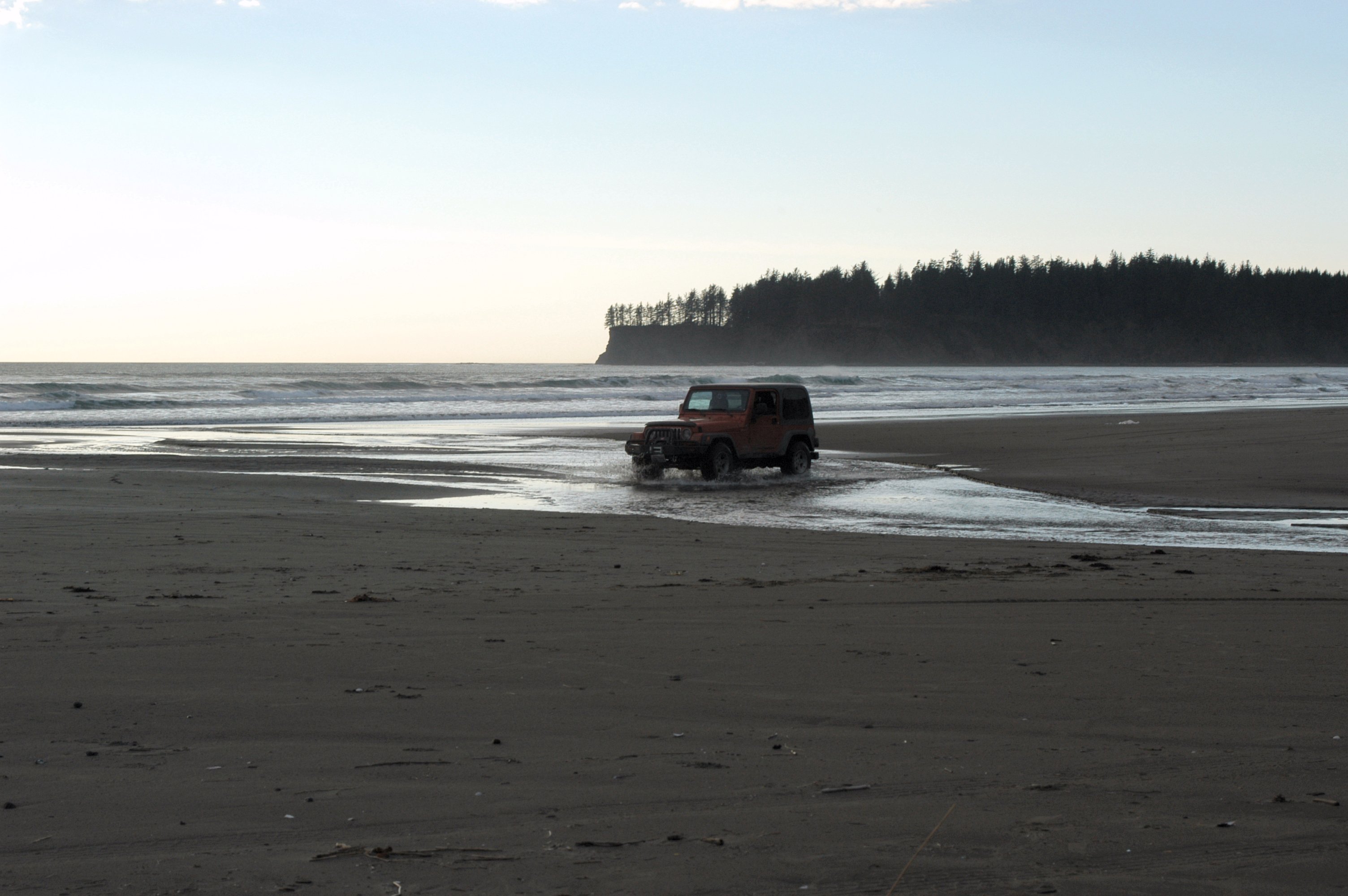 This is a bonus shot of the jeep driving out on one of the Olympic Penninsula’s beaches. 2. Brightness My first thought about brightness what to pop my 4.0 Honor Student up here, but then I thought I’d do something a little different. So, I present to you…my walls!

I knew they were bright, but when I discovered that they were the exact same yellow as a package of Juicy Fruit gum, I knew they were really bright. Nontheless, I love them! They make me happy!

This is our Jack O’Lantern. 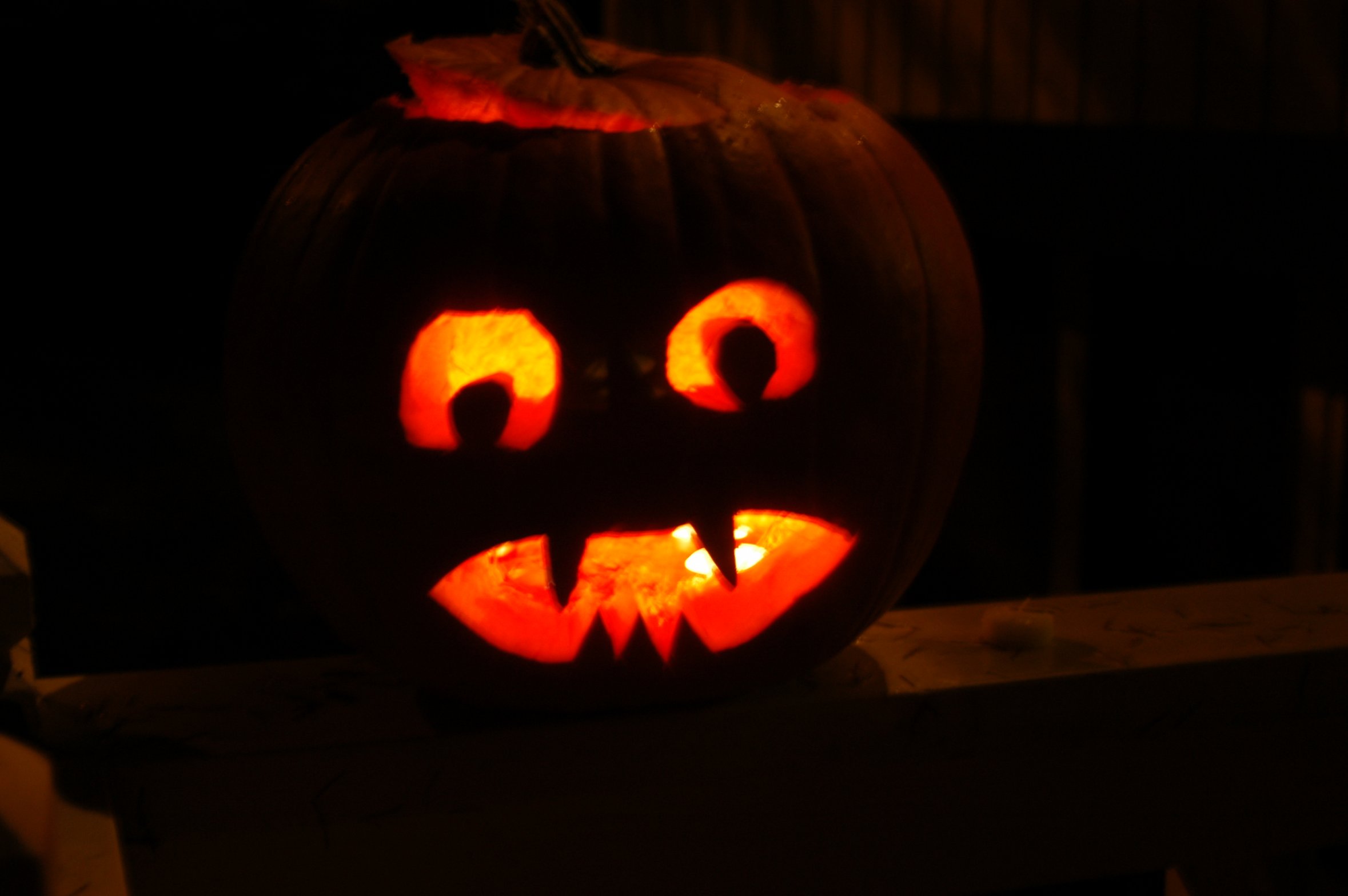 He’s the only thing I could think of that I have taken in the dark. I always intend to take a photo of our computer room in the middle of the night during a rare time when nobody is in here. I always secretly think of it as the Mother Ship. The whole room is dark except for all the twinkling lights that belong to some sort of gizmo. All I have to say is that nothing better happen to Shaun or I’ll be in trouble! Not that any of that has anything to do with our Jack O’Lantern…

Happy SPF! And I’m so happy to be able to post my photos!