Even though I grew up here in San Diego, we didn’t go to Sea World very often.  There were too many other, less expensive things that we could do.  Still, the few times that we did go made a huge impression on me.  I loved the place.

When I met Shaun, I found that he loved it as well.  We bought season passes and went quite frequently, often with friends.  When our girls were born, we naturally brought them to our favorite playground as well.  They loved it just as much as we did.  It is one thing that I have really missed since we moved to Seattle.  The last few times we have come back to San Diego to visit, we haven’t done too many tourist things.  Not even Sea World.  This visit, we are playing tourist.

Today it was Sea World.  Although a lot has changed, it is still just as magical as it ever was to me. 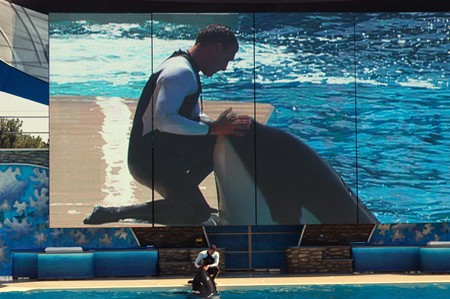 The very first thing we did was stake out seats in the Shamu Stadium.  We were so excited to find ourselves seated in the third row, right in the center.  It was thrilling to have the beautiful creature so close to us.   I think this show has changed for the better.  Instead of the cheesy storyline, the show was used to highlight the stunning natural beauty of the orcas.  Technology has brought us big screen shots of what was going on, as well as underwater cameras, and aerial shots. It really enhanced the entire experience.  It was just amazing. All of the shows were awesome.

The smartest thing we did today was to rent a wheelchair because Mom has been having a lot of problems with her back and hips. Not only did it help her out, it made a great junk holder.  We always seem to bring so much stuff to cart around.  Our only problem was that it never occurred to me that my children would fight over who got to push their grandmother around.  (Although when I put it that way, it makes perfect sense)

We considered staying until the very end.  They have some special shows, music and fireworks just for summertime.  We were just too tuckered out to stay for them though.  It was a good day, one of the best I’ve had in a while! 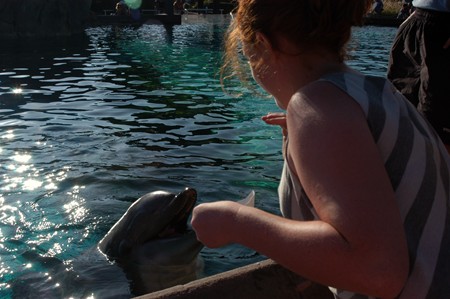 Mimi feeding the dolphins.  Nobody wanted to touch the slimey little feeder fish that they had available to feed them. 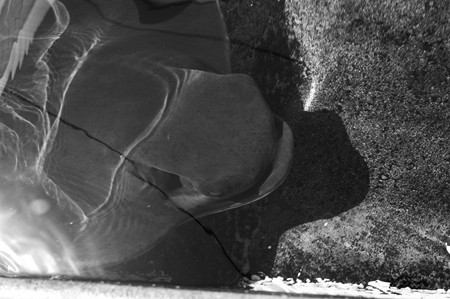 Rays are slimey too! 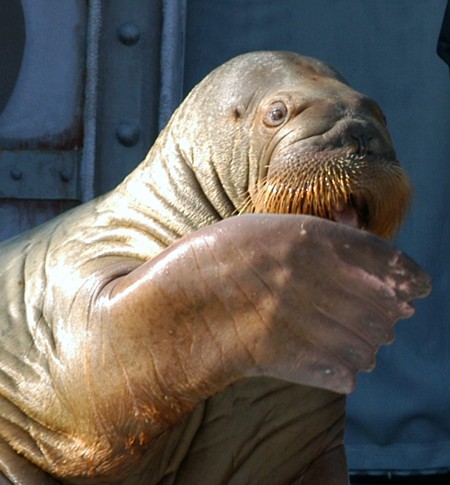 Uncle Smedly is now an Admiral! 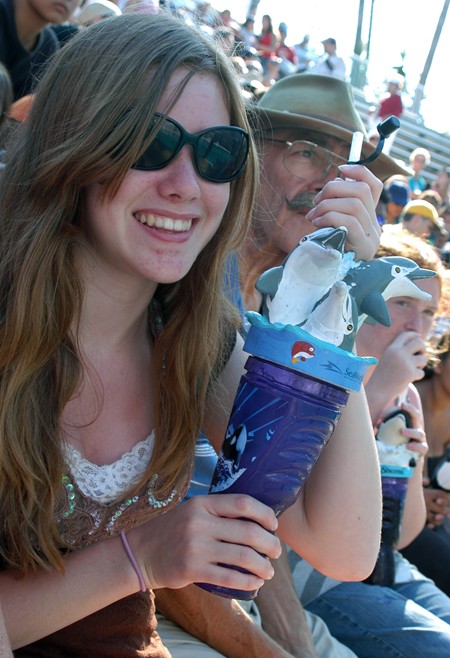 This entry was posted in Adventures, Critters, It's all Relative. Bookmark the permalink.