A few months ago I came across the 2,996 Project.  One amazing man, a blogger had a vision to find more bloggers, each willing to write a tribute to each of the two thousand, nine hundred and ninety six victims of September 11, 2001.   I am one of those bloggers.

I was given the name of Brock Joel Safronoff.  I never imagined that it would be so difficult to write a small tribute to a man that I didn’t even know.  It should have been easy, but it wasn’t.  The more I learned about Brock, the more I realized that, as one of his friends said, “Everyone who knew Brock knew that he was a very special guy.” He lived each and every day to it’s fullest and made the world a better place for others around him.  He touched people. 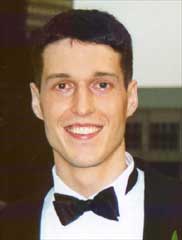 Brock was born and raised in Traverse City, Michigan.  He was the oldest of three in his tight knit family.  Brook had a normal happy childhood. He loved playing sports, fishing with his brother, music and messing on the family computer. In high school, Brock graduated in the top ten of his class and was a star pitcher on his school’s baseball team as well.

At Amherst College in Massachusetts, Brock was both a star on the baseball diamond and in the chemistry lab.  He was a four year varsity pitcher.  His coach said that he “He had no personal ego for himself, he was much more concerned about the success of his teammates and the team.” And that he was “one of the best kids I ever coached.”  His chemistry professor had similar words of praise, saying that he was “intelligent, outgoing and personable, yet gentle and understanding” and that he was an “all around great person”.  Quotes such as these are all over the internet.  Brock was just that kind of person.

In his junior year, an introduction to computer science class changed Brock’s focus.  He became fascinated with computer languages and processes and took several advance programming classes.  No longer sure he wanted to go to medical school, Brock found a job writing code for a radiologist in Ohio.  This eventually led to a job as a computer systems analyst for Marsh & McLennan located on the 96th floor of the North Tower.

One of the things I kept reading over and over about Brock was that he was passionate about so many different things.  People were drawn to him, mostly because he really listened to them and cared about what they had to say. He was willing to go out of his way to help people.

Brock’s biggest passion was Tara, a school teacher that just happened to be the love of his life. They had met years earlier, as freshmen at Amherst College.   Friends said that they were perfect together. The couple had a tremendous amount of love, respect and admiration for each other.   Brock was often heard to say  “My girlfriend says so, and she knows everything!” A mere forty days before Brock’s death, after a seven year courtship, Brock married his Tara.  They had just bought an apartment in Brooklyn and were starting their lives together.  He was only 26 years old.

As a memorial to this young man, the baseball program at Amherst College has created an annual “Brock Safronoff Team First Award.”  In Brock’s hometown of Traverse City, the Brock Safronoff Memorial Scholarship Fund has been created. 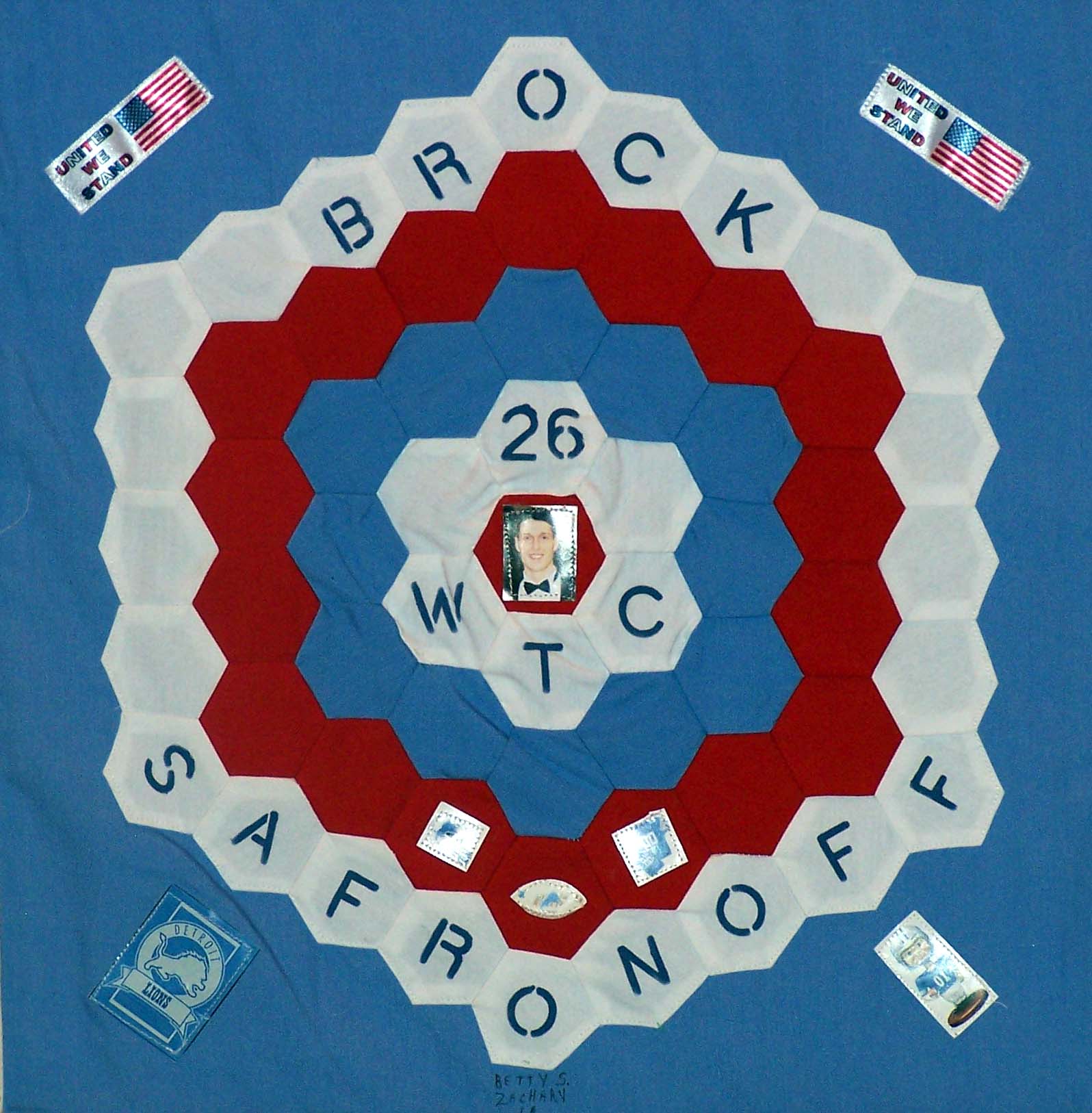 This quilt block is provided courtesy of United in Memory, which will be showing around the world.

Please visit other blogs that are honoring victims of 911 as part of the 2,996 Project.  .