I can’t remember when the seed was first planted, but for as long as I can remember, KT has wanted to be a marine biologist when she grows up.  She had me paint an underwater wonderland in her room (much to my dismay, it had to be realistic, not silly like I wanted…although I did sneak a mermaid in!), she nearly had me signed up for scuba diving lessons with her (I chickened out…I can barely swim!) and for her twelfth birthday, she chose to have her party at the Seattle Aquarium. 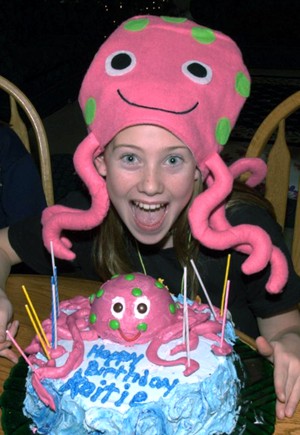 Seeing some of the behind-the-scenes stuff at the aquarium excited her even more.  This is something that our little girl really, really wanted to do.  When she found out that there was a teen volunteer program, she was all over it.  It didn’t matter that she had to wait four years, she wanted to sign up for it.  We had been told that all of the applications would be on file until the applicant was old enough. 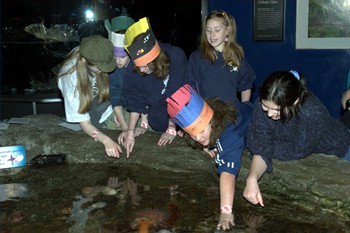 Last year, we got a letter in the mail telling KT that it was time to come in for her orientation class.  I was puzzled, because I was almost positive that the volunteers had to be sixteen and KT had just turned fourteen.  A quick phone call revealed that there had been a glitch and letters had been sent to all the applicants.

This year, we got another letter.  So, I called just to double check and to make sure KT’s name stayed on the list.  The supervisor and I got to chatting.  I mentioned how long ago KT had applied and that she couldn’t wait until she was old enough to volunteer.  Much to my surprise, she told me to have KT come on down and apply to be an Aquateen.  In this case, she would waive the age limit because she “liked kids with initiative”. 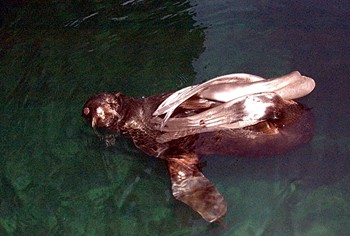 So, this morning, my girl and I ventured downtown to the aquarium.  We were told about the entire program and given a huge packet to fill out.  All the kids need to write an essay and get two recommendations along with filing out the rest of the paperwork.

It’s a huge time commitment (and a lot of traveling into Seattle…shudder!) but oh so worth it! For the first year, the teen volunteers don’t really have much interaction with the animals.  They mostly deal with educating the public and working with little kids.  If they stay for a second year, they get to do all sorts of cool stuff.  KT will have a chance to “rub elbows” with real marine biologists and see what exactly they really do.

Hopefully, she will be accepted.  KT’s only concern is that she is a full year younger than the rest of the kids.  Personally, watching some of them walk into the orientation over half and hour late, I don’t think she has anything to worry about!