I have to say that it was really nice to leisurely wake up to the sound of a flowing river instead of a dog desperately whining to go outside.  As I basked in the sun and sipped my coffee on our balcony, I mentioned to Shaun that I would like to have a river in our backyard.  He readily agreed, then proceeded to point out that rivers have a tendency to overflow and breed ‘skeeters…but if that was what I wanted…  Hmm, I guess I can live without a river.

The first thing we did was explore the little town of Winthrop.  It took us about five minutes to glance at all the crafty little shops and false front stores.  I have to admit that I usually like that sort of thing, but it just wasn’t very appealing to me.  We did have to stop in at the Rust Museum.  I’m not sure what the real name is, but it’s main draw was a whole mess of rusty farm machinery.  All the men in my life dig this sort of thing.  I told Shaun to go ahead and wander around and that I would call my mother.  It made me feel so much better to hear her whine about how hot it was yesterday….I figured I could endure being in the high 80’s if I had the breeze from a convertible flowing over me. 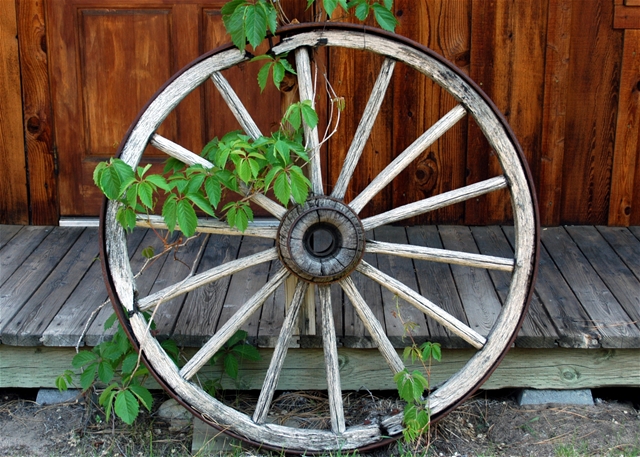 We stopped in one of those tourist information places in the town of Twisp (isn’t that a cool name?) The lady in there graciously told us more than we could ever remember about the town and surrounding areas…it was really rather interesting.  I was willing to stay there and see how long she would keep talking, but the spoilsport Shaun, hauled me away.

We continued down the road until Shaun spotted an especially appealing forest service road.  The next thing I knew we were in four-wheel drive navigating some dirt ruts roads that I really didn’t want to be on.  Actually, I held on for dear life, with my eyes squeezed tight trying to imagine myself anywhere but there.  Fortunately, we both survived.  (although Shaun was skating on thin ice!) 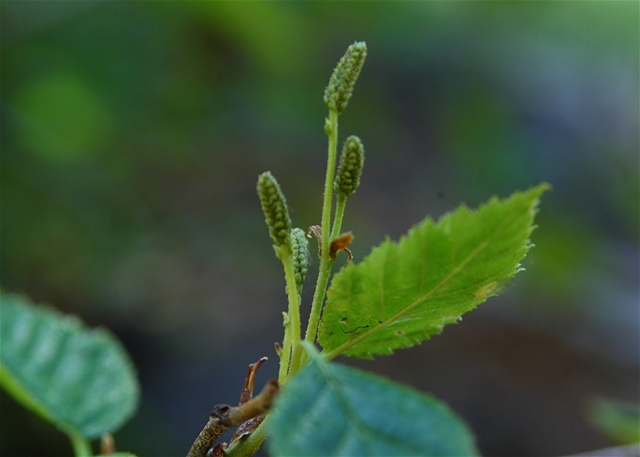 We finally got back on the main road, headed northwest, towards Canada.  It is amazing to me how much the terrain had changed once we had gotten over the pass.  All the towering trees and lush greens had turned to brown sage brush and a few scraggly ponderosas. 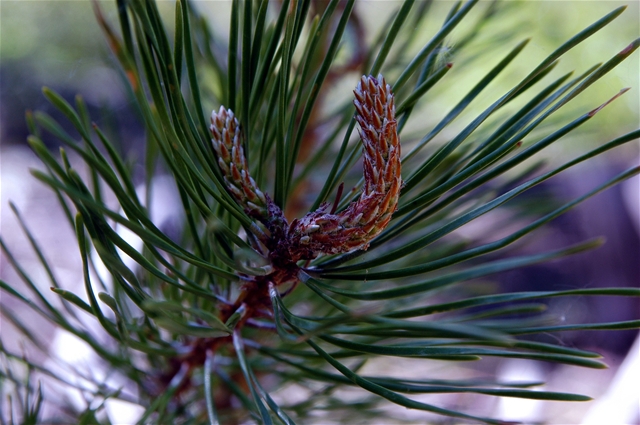 After a few more hours of driving, we approached the Canadian border.  We dug out our documents to be presented to the border guards.  To my horror, I realized that what I thought was my birth certificate, was actually Mimi’s! The last time I tried to enter Vancouver without my birth certificate they gave me all sorts of trouble.  So I was positive they wouldn’t let me in today.  The thought of driving all the way back the way we came was daunting so we decided to see if they would let us cross anyway.  Fortunately for me (Shaun had his passport so he could have gone in) you don’t have to show your passport and the guard was really nice.

Once in Canada, we pointed the jeep west.  It started getting cooler and greener almost immediately.  (yea!) We have stopped in the town of Princeton for the night.  Sadly we our hotel keys are white plastic and the most character it has are the soap/shampoo dispensers attached to the shower walls.  Oh, and instead of a river, we’ve got a great view of a gas station! 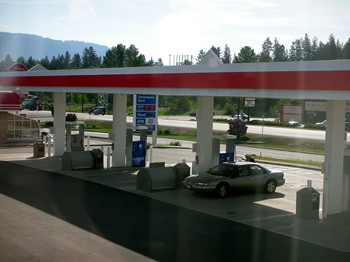 Who knows what tomorrow will bring? I’ll let you know what we did tomorrow night…

This entry was posted in Adventures, That Man O' Mine. Bookmark the permalink.

12 Responses to Our Adventure~Day 2, eh?