Yesterday, on the spur of the moment, we stopped and got a haircut for KT.   Today, I’ve decided that I hate it.

Technically, it wasn’t really spur of the moment.  This haircut was about three years in the planning.  Back in sixth grade, KT was selected as one of the two recipients of the CP Johnson Humanitarian Award by her classmates.  When all of her achievements were read to the entire school and their parents, one of the things listed was that KT had donated her hair to Locks of Love.  A very admirable thing to do..only, she hadn’t.  This bothered our girl so much that she decided that she would donate her hair.

KT had decided that it was finally time to cut her hair.  So, on the way back from our Mother’s Day dinner, we saw one of the zillion strip mall haircut places and decided to get it done.  Shaun and KT went in first.  Mimi and I followed along with Grandma and Grandpa.  The receptionist looked up in a panic and informed us that they were just closing.  She relaxed when we explained to her that we didn’t need haircuts…we were just the audience. 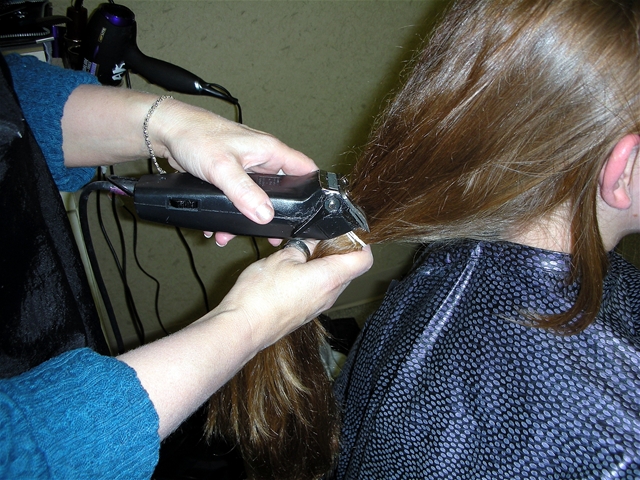 While the  stylist cut eleven inches of KT’s beautiful thick hair hair off she told KT that her mother had died of cancer a few years back.  She told her that all of her hair had fallen out  because of the chemo.  She went on to talk about how awful and itchy the only wigs she could afford were.  She emotionally thanked KT and told her over and over what a good thing she was doing. 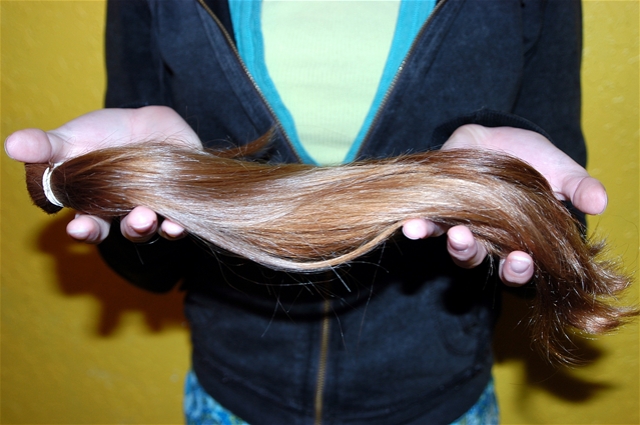 This morning KT had her hair all packaged and ready to be sent off to Locks of Love.

The cut is actually quite cute…but I still hate it.  KT no longer looks like a little girl.  She looks like what she has actually been for a while now…a poised and confident young woman.  Someone who sees a need and works to fulfill it.  Someone who cares about others and actually decides to do something about it.  Someone that I am very proud of…

32 Responses to The Haircut