A Rather Different Easter

Earlier this week, Mimi reminded me that there was only a few more days until Easter as she looked pointedly at the gaily decorated display of Easter Baskets in the store we were in.  I merely looked at her  and mumbled something about having thought that the Easter Bunny had retired from our house as Mimi  and her sister had gotten so much older.  After all, they were teenagers now.  Mimi just sighed dejectedly…she really does hate growing up.

Easter morning was a bittersweet one for me. KT wasn’t home as she had gone on a spontaneous trip to Port Townsend with some friends (and stayed in what I’m the sure is the first of many youth hostels!) and Mimi sleeping in.  I the Easter Bunny quietly placed a basket next to my sleeping child as I headed out the door to pick up my mother.

As I drove out towards her, I thought back to our Easter Past.  The girls would always wake up to find that the Easter Bunny had left them a beautiful new outfit and a basket filled with delightful gifts and waaay too much candy.  Sometimes, if the Easter Bunny was feeling particularly crafty, the girls would wake to find a note starting them off on a treasure hunt or better yet,  wake up in the middle of a tangled web of yarn.  They had to work to find the loot! 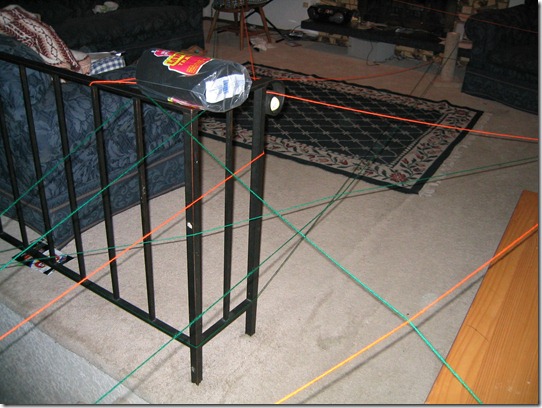 He would also hide zillions of brightly colored eggs for the girls to find.  Our family tradition was that baskets and clothing were free to be gone through, but there was to be no egg hunt until parents had gotten up (with no help from the kids!).

Now, just because there was to be no egg gathering, doesn’t mean that my clever children were going to ignore all those treat filled eggs! They were on a mission to scout out as many as possible so that when their lazy parents finally crawled out of bed (slightly after the Crack of Dawn) all they had to do was run around and collect them from memory.

Then of course, they would plop down in the middle of the floor to check out the loot and do a bit of trading back and forth. 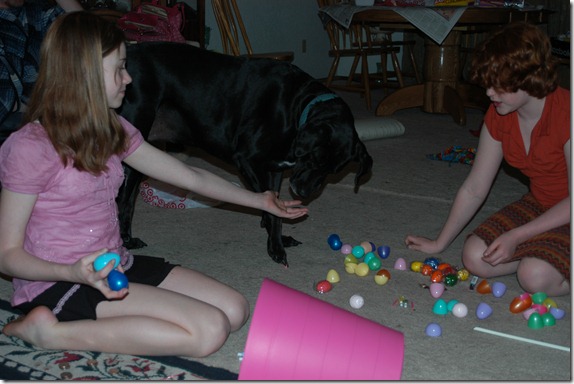 We used to hide the real eggs that we had decorated, but that was before we realized that our hounds really, really liked eggs.  It was a little bit sad to find that the only eggs left to find were the ones that were way up high!

But that was OK, we always had a lot of fun decorating eggs. 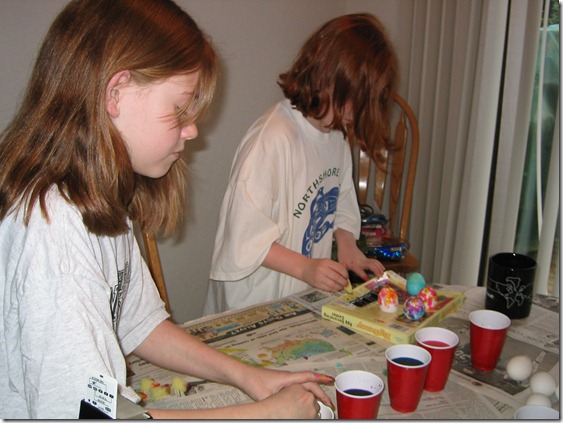 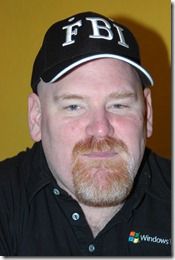 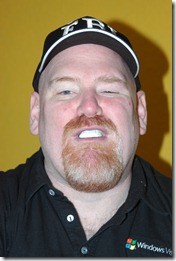 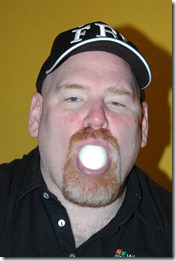 My thoughts were interrupted by a text from my oldest daughter. She had gotten home earlier than I had expected and was distressed to find that while there was a basket sitting out for her sister, she couldn’t find one for herself. (oops!) Fortunately, I was able to locate it shortly after I got home.  (I seem to know how the Easter Bunny thinks).

We did nave a lovely day, no egg hunt, no egg dying (the vegans didn’t think that was such a good idea) and Easter Dinner was enjoyed sitting around a fort in the middle of the front room (more on that one later!)

I hope you had a wonderful day!

This entry was posted in Critters, dogs, Family, Food, It's all about me!, Teens, Traditions, vegan and tagged Easter, Easter Bunny, egg dying, egg hunt, growing up. Bookmark the permalink.

6 Responses to A Rather Different Easter