What do you mean we weren’t speaking of Spring Break? Of course we were, it’s just been a little while…. Now, where were we?

My friend…um…I’m going to call her Genie ‘cause she’s the one who waved her magic wand and made it all happen.  (Genies do too have magic wands! Well, at least my genie does!) invited me and our friend…um..Ms B…um…Honey Bee…er….Honey (I don’t know why I feel as though I have to give them secret code names…after all, I’m getting ready to plaster their faces all over my little ‘ol blog) to join her in her Ocean Shores timeshare.  At first, I didn’t think I was going to be able to go as I had promised my daughter KT that I would take her on a road trip to CA to visit a college and Farm Santuary.  Fortunately unfortunately for KT that didn’t work out so I was free to go play with my friends at the beach.

Honey wanted to drive because she had a roomy car and got really good gas mileage.  What she didn’t count on was how much stuff we all thought we needed to bring with us.  We needed warm clothing, jackets, toiletries, food, water, cameras, books, kitchen sinks… Honey’s little bity car just wasn’t going to cut it.  We moved everything into Genie’s SUV. 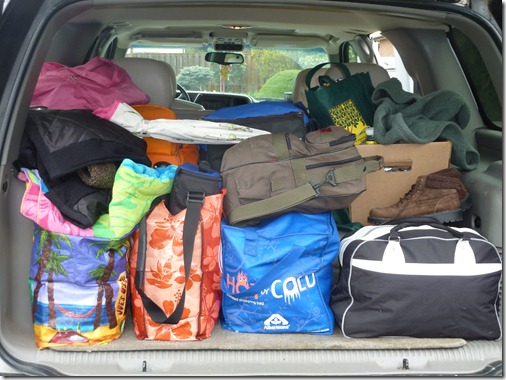 Three women, two nights (and there’s more in the back seat)

We had planned on stopping at several of the coastal wineries along the way, but a little research revealed that most of them didn’t open until the beginning of May.  So we stopped at both of the wineries that actually were open.

Our favorite was the Westport Winery, in Westport of course.  We had so much fun there.  The wines were just as yummy as they were named.  We had a hard time decided which ones to invite back to our condo with us.  The grounds outside were go beautiful that we decided we needed to take a few photos.  We tried to hold the camera out to take our own photo, just like every kid in the world can do, but with dismal results.  After 497 takes, we finally got one that had all the parts of all three of us in it. 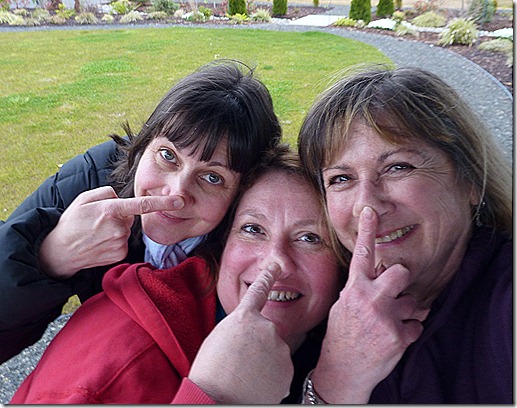 Of course it had to be the one where we were holding in our noses because one of us thought they were looking too big in the picture.  (Go ahead, tell us what dainty noses we have now!) 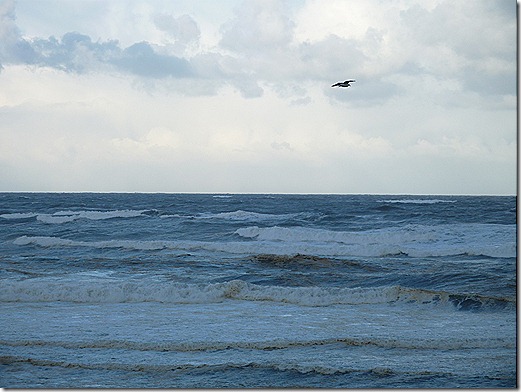 I was so happy to be right on the beach.  We were thrilled to find this beautiful view from our balcony.   It may look calm and peaceful, but a quick walk down to the actual beach proved that northern beaches are nothing like the San Diego beaches I grew up on. 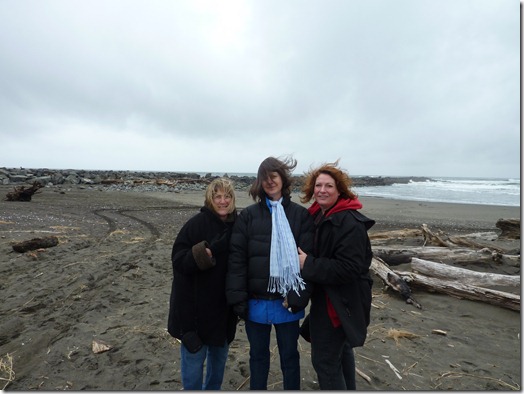 It was cold and windy.  The man who took our picture for us yanked off our hats and sunglasses so he could get a shot at the “real” us. 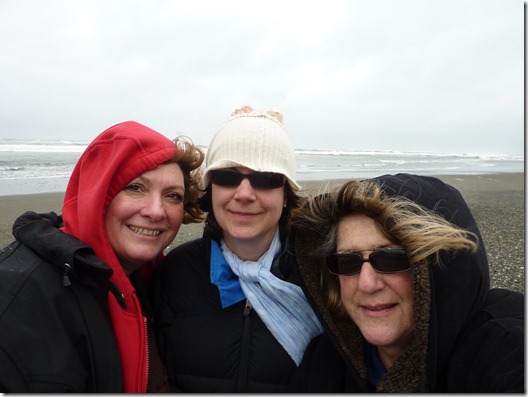 He knew nothing…this is the real us! (although I seem to be missing my sunglasses) We…er…Honey was getting pretty good at taking self-portraits of us. 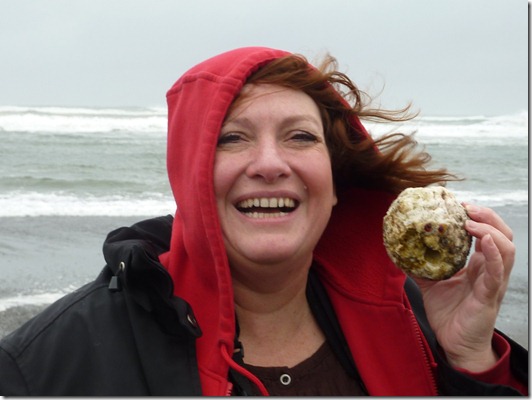 This is me with my new friend.  He’s the remains of a float. Can you see his face? He’s a happy little guy.  He’s also the reason that Shaun says he will never live with me down by the sea.  I would happily walk along the beach every day and collect every float I could find and decorate my little cottage with them.  I really don’t understand why Shaun thinks that would be tacky…I think it would be rather amazing.

We spent a lot of time visiting the shops in town, watching the ocean, drinking our wine and just talking about all sorts of things and just enjoying each other’s company in front of the fireplace.  (sorry once we’d uncorked the first bottle, the cameras were forgotten about)

It was really nice to just get away and have fun together.  We are already talking about what we can do for our next getway!

This entry was posted in Food, It's all about me!, Traditions, Travel, Ya gotta have friends! and tagged beach, friendship, girls getaway, Ocean Shores, retreat, Westport Winery, wine. Bookmark the permalink.

9 Responses to Speaking of Spring Break…