Catching Up With College Chat

I haven’t been doing a very good job keeping up to date on all the college stuff going on in our house.  I may have mentioned a couple things, like high school senior stuff, college choices, and those pesky essays that needed to be written.  Apparently, I never got around to writing about how a certain someone would stalk our poor mailman to see if an acceptance letter had come yet.  I didn’t talk about how we tried our best to get that certain someone to stay close to home and go to UW when they accepted her almost immediately.  Then of course, I also neglected to mention about the agonizing decisions of trying to decide just which school she really was going to go to. 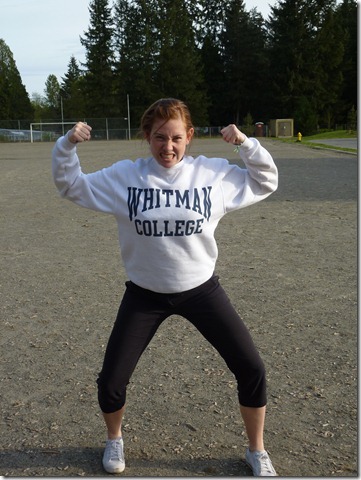 A couple weekends ago, KT and one of her friends made the four and a half hour road trip to Walla Walla in Eastern Washington to make sure Whitman was the one they really wanted.  (Just imagine her poor mother at home biting her fingernails hoping that nothing went wrong on this long, overnight road trip that her first born was taking all by herself…well, except for her friend)  KT decided that she definitely wanted to go to Whitman.  As good as it looked on paper, it was even better in real life. (We had resigned ourselves to the fact that she wouldn’t be going to UW…at least she’s not going to Maine.)

In typical KT fashion, she wanted to start getting ready for her grand college adventure right away.  In fact, she had started a list of things she needed to bring before she had even left the Whitman campus.   We tried really hard not to laugh, but her long list contained some really…er…odd items.  Among other things, she needed to bring was her princess blanket so that she could have picnics on the lawn a basket for her bike and of course, some overalls. Overalls? 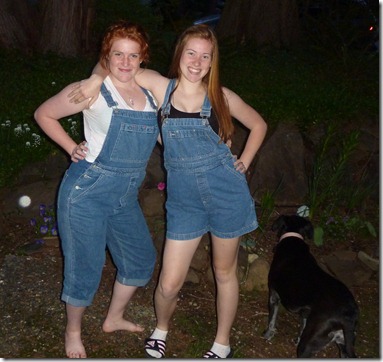 Apparently everyone that KT saw working in the organic garden…something she really wants to do…was wearing a pair of overalls.  It’s probably not required, but some people think it looks really cool.  So with a bit of hunting around, we managed to find two pairs in different lengths.  Mimi, who is definitely not one of those people that think overalls are really cool, is helping by modeling one of the pairs.  I’m not sure, but I think KT bribed her to wear them.

Enough of the college stuff…we’ve got to finish high school first.  And somehow, I’ve got to turn this glimmering pile of green 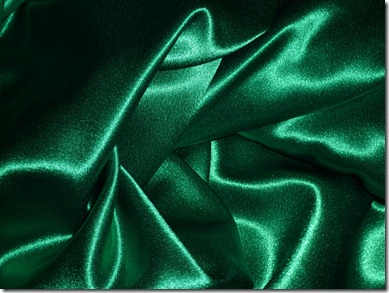 into the perfect elegant gown for Prom.

No pressure or anything…

20 Responses to Catching Up With College Chat