The Very Geeky Tourist (part one)

As I mentioned yesterday we had out of town guests visiting last weekend. We tried to take them to see the usual Seattle top tourist attractions, but they simply weren’t interested. You see, about ten years ago, when we first met those two at a family reunion in New York, Shaun called Aunt Edie a “geek.”  I’m sure he hasn’t the foggiest memory of doing so, but Aunt Edie says it is one of the proudest moments of her life.  Ummm….okaay…

Anyways, in keeping with her geeky image Aunt Edie had a huge list of exactly two things she wanted to see here in Seattle.  The first was the little known Gum Wall and the latter was the slightly better known Microsoft Campus.  Hmmm…odd requests, but it certainly made things easier for us!

We left the Folklife Festival and came straight over to Pike Place Market.  (We couldn’t help it, people come from all over the world to see the Thrown Fish.)  Our guests stood and watched politely for a moment before urging us to continue on to the Gum Wall.  We followed Shaun as he led us through the crowds, down a steep stone staircase into a back alley behind the Market.  Slowly, we picked our way past the weary- looking workers that were taking a quick break and down a dimly lit cobblestone path. 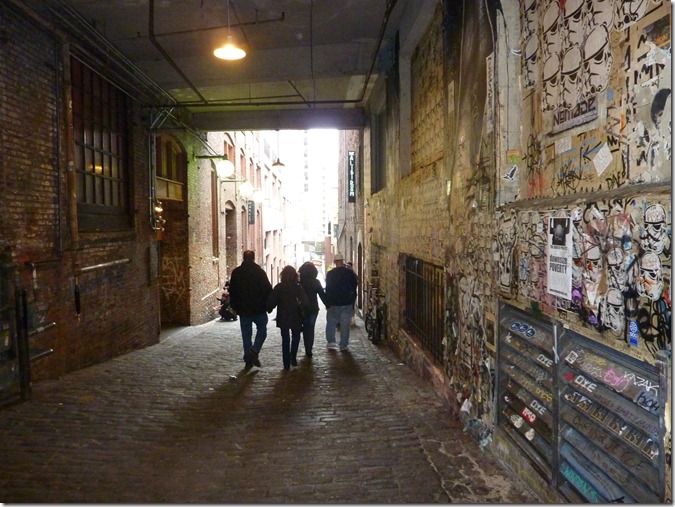 A few more steps and we came to what we were looking for. 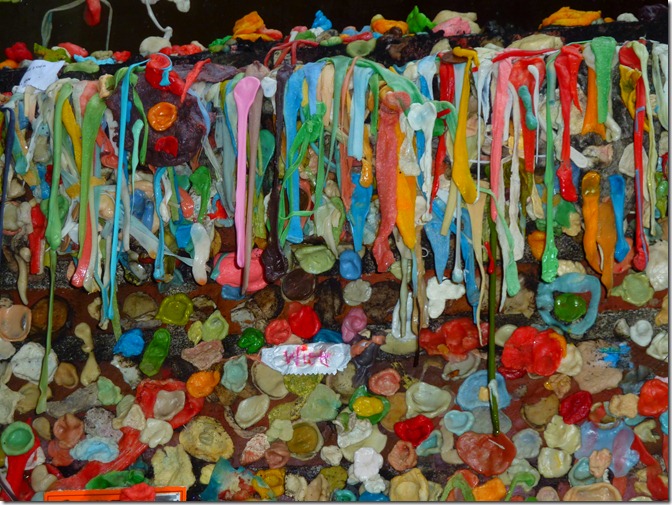 Gum.  Lots and lots of gum.

A few years ago, Shaun had posted a photo he had taken of the Gum Wall.  Edie never forgot it.  (I’m sure Shaun’s photo was much better than mine…I had neglected to bring the Beast) She had been given a piece of gum four hours earlier and had saved it for just this moment. (somehow she managed to keep it in there and share my kettle corn with me.  I didn’t look at the gum) 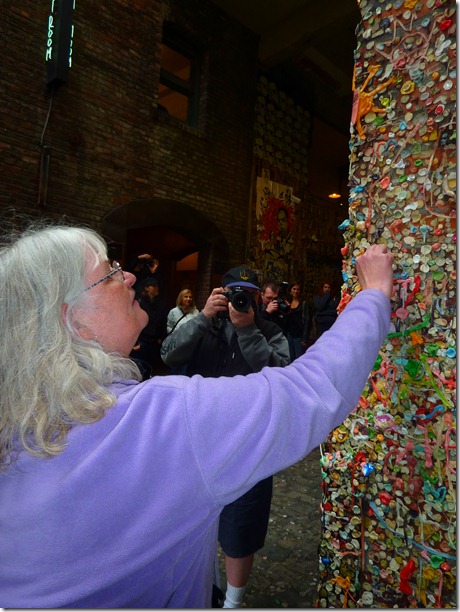 Apparently, the gum wall is located near the entrance of a theater.  One day the owner of the theater came out and angrily told the waiting patrons that they had to get rid of their gum before they could come in. So they looked around and not seeing any trashcans they stuck gum on the wall.  It soon became a tradition (and a bit of a tourist attraction) 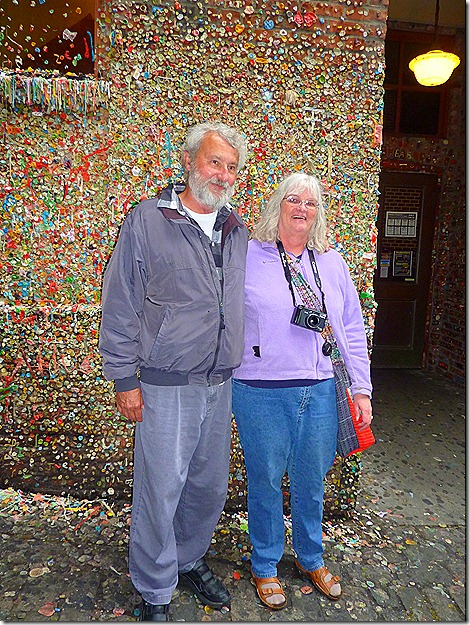 While we were taking photos, Mimi watched a young mother place her gum on the wall while her baby grabbed a different piece and placed it in his mouth.  The horrified mother snatched it out of his mouth and he simply grabbed for another.  This really makes me believe the reports that the Gum Wall has been listed as the second most germy tourist attraction in the world…the Blarney Stone is the first. 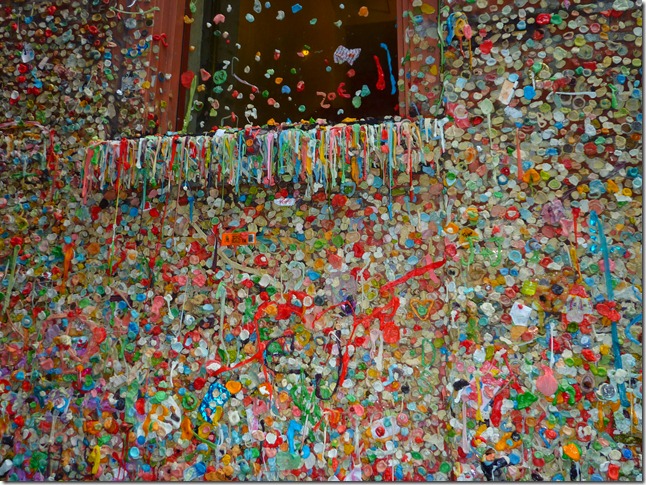 People are attracted to some crazy things.  Slice of gum anyone?

Off to the Eastside and the Geekiest Place on Earth tomorrow.  I hope these photos are loading ok?

14 Responses to The Very Geeky Tourist (part one)