Shortly after school let out in June, Mimi started asking if she could switch to one of the other high schools in our area. Having known our Drama Queen for several years, I merely raised my eyebrows at her and shook my head at her latest whim.  Only it turned out this wasn’t a whim. Mimi had had a really rough year, and as she laid out her reasons to switch schools over the summer, we gradually came to agree with her that it might be a good idea.

We contacted the schools and sent in the waiver forms, hoping that despite our relatively late start in this, Mimi would be able to switch schools. She was thrilled when she got the phone call that let her know that her school colors were switching from green,white and blue to black and gold. 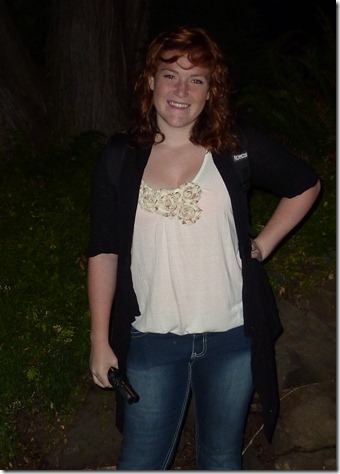 As I had Mimi pose for our traditional first day of school photo (I know it’s dark, but  we had to leave the house before the Crack O’ Dawn and my poor flash could only do so much!) I asked my girl if she was feeling nervous at all.  She thought about it for a moment then said “Nope, I’m just excited.”

Of course it helped that she knew already knew some kids that went to her new school.  Most of her soccer team consisted of kids from the new school. And of course, her best friend since Preschool goes there.  I think that’s what’s most exciting for Mimi! 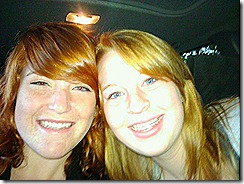 I think it’s going to be a great year for her!