Can it truly be March already? How did it happen that we are in the third month of the year? I still remember my second grade teacher telling us that time would go faster and faster as we got older.  I had a hard time accepting that.  Interestingly, she was right. 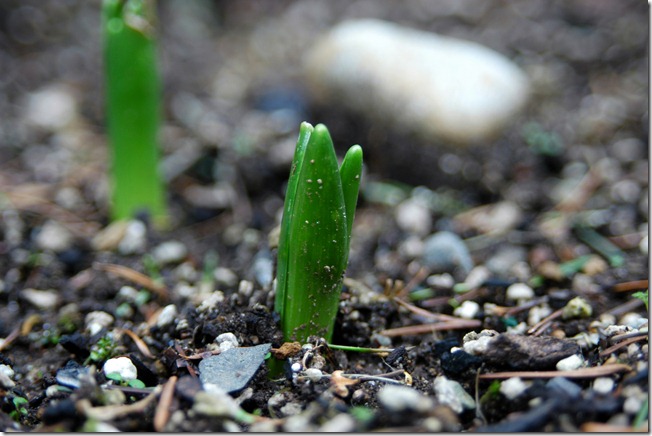 The first day of Spring is in less than three short weeks.  Although, if you talk to Punxsutawney Phil, it’s already on it’s way. The tulips and daffodils that are pushing their way out from the earth seem to support Phil. 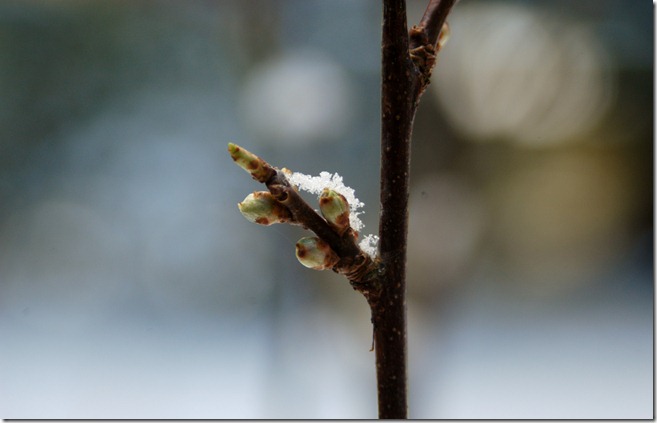 Then again, Mother Nature hates to be told what to do.  She threw a snow shower fit and covered us with snow and ice.  My poor plum tree is so confused. 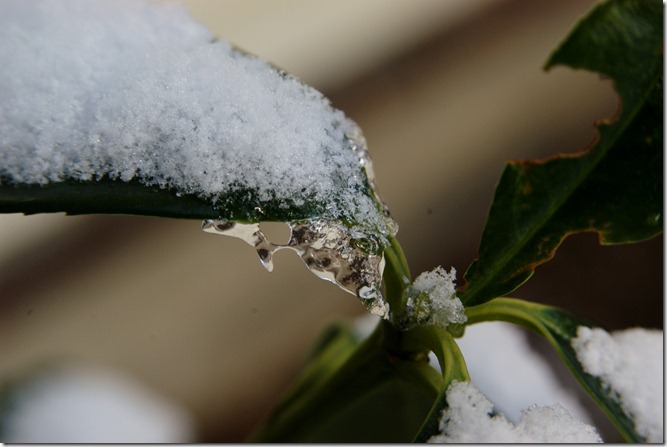 I think I mentioned that I’ve been working on Project Life. It’s basically a twist on the various Project 365s that are around.  I simply commit to taking one picture a day and document our lives. 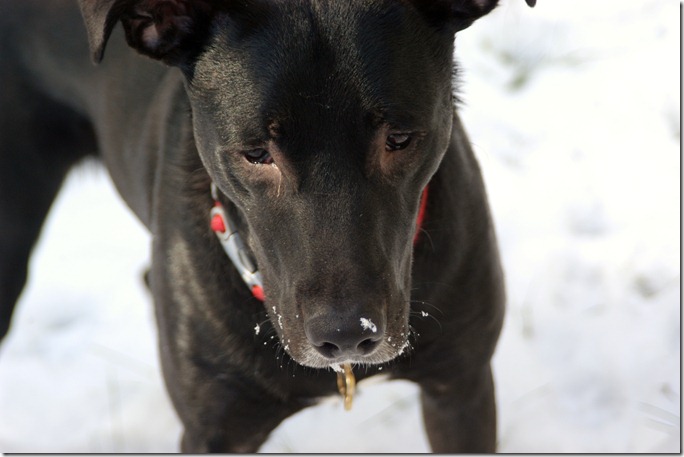 I’ve been having fun with it.  I even dragged out the Beast…my DSLR.  Every time I take a potentially embarrassing shot, Mimi cringes and makes me promise not to post it on Facebook or the Blog.  Apparently she hasn’t noticed how infrequently I’ve been blogging.  It occurred to me that posting some of my photos and the stories that go with them might help jumpstart my poor neglected blog. 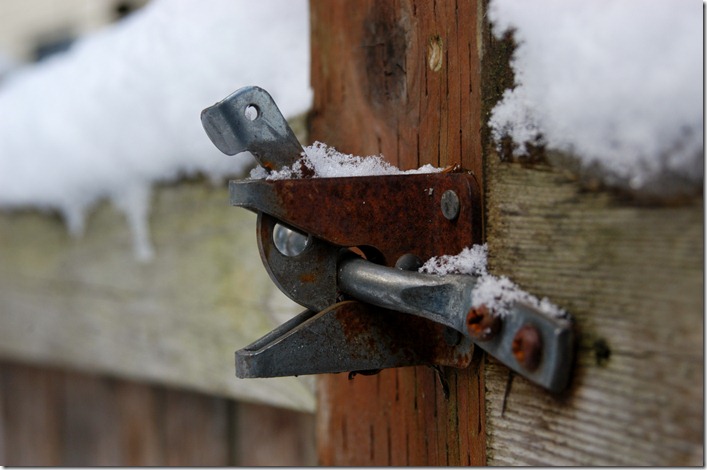 So, if you start seeing some strange photos posted…don’t be too surprised.  It’s just me playing.

This entry was posted in Family, It's all about me!, Photography, Random stuff and tagged ice, march, Mother Nature, photography, Punxsutawney Phil, snow, Spring. Bookmark the permalink.

4 Responses to Time Keeps Marching Along…