10 Things On The Tenth

When Shimelle announced that she was going to host a monthly blogging event, I was all for it.  That was until I realized that I had to follow a very strict rule.  (I’m really not for rules…especially the kind you can’t break or bend) Her rule, was to post 10 things…not more, no less.  I know it sounds simple, but it’s really kinda tough.  At least for a rule-breaker like me.

I’m sure I made this harder than it had to be.  I went back and forth over what I could list.  My ideas always seemed to end up too long or too short.  Finally, I decided that I would take a cue from yesterday’s post. I really like the photo of my grubby hand holding the burnt out light bulb. So…I decided to take ten pictures of things my hands did today. My only problem was that I kept forgetting to take pictures. Oops.   (Please forgive the photos, I used my phone because it’s always with me) 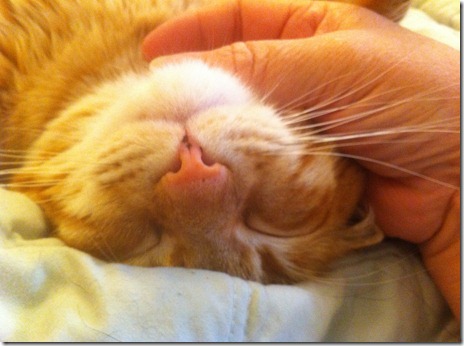 The first thing my hands did this morning, was to make a cat purr. 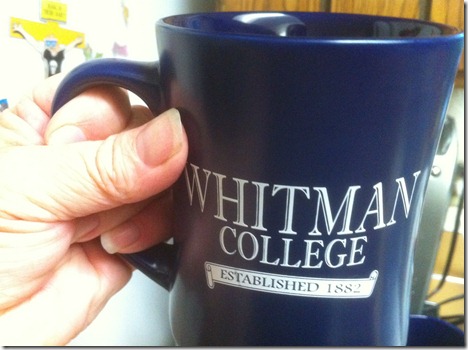 Then they helped me with my beloved coffee.  (Yes, we are honing in on our daughter’s school.  I drink out of this cup and Shaun wears a Whittie sweatshirt.  Don’t judge.) 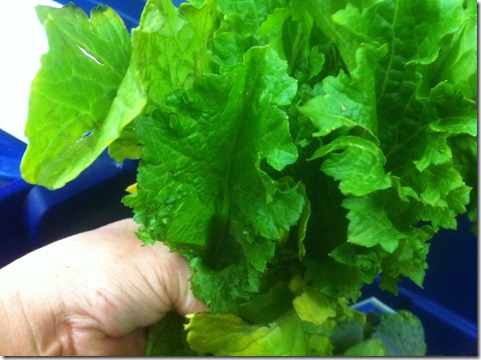 Our CSA box came today.  Look at those lovely mustard greens.  What the heck am I supposed to do with those??? 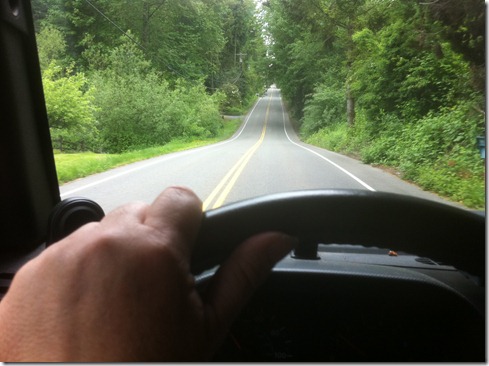 Then it was off to town to run some errands.  Did I say we live in Seattle? I meant that we live on the waaaay outer edge of Seattle.  We have a lot of roads that look just like this.  I love it. 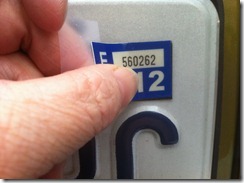 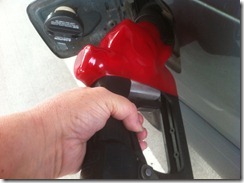 I had to stop at the DOL to renew my tags.  I started to do it online, then realized that they were already expired. Then of course, starving gas tank had to be fed. 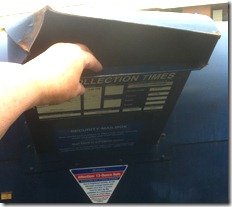 A quick trip to the bank to make a deposit and have something notarized.  (We are just going to imagine that photo, I just couldn’t bring myself to take that one.  Then a drop off at the Post Office.  I’ve often wondered what happened to that poor box.  It seems like it would take effort to hit that with a car. 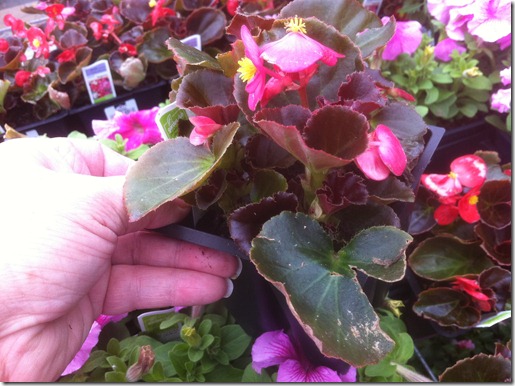 Next on the list was the hardware store.  I couldn’t resist picking up a few shade-loving begonias. 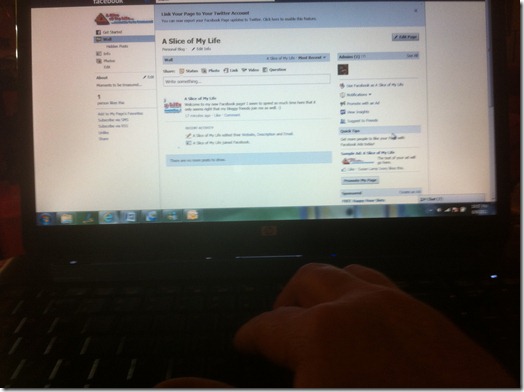 The last thing I did before bed, was to do some Very Important stuff online.  I was doing poorly at Bejeweled so I prowled for something else to do.  Somehow I found myself making a fan page! (I’d be thrilled, if you’d “like” me on the upper right-hand corner of the screen)

A big thanks to Shimelle for inviting me to play in her 10 Things.  I’m sure I’ll be doing this on the 10th of next month as well! Go visit some of the others that are playing (and of course, feel free to join up yourself!)

This entry was posted in Blogging, Photography and tagged 10 on the 10th, Daily photos, Shimelle. Bookmark the permalink.

13 Responses to 10 Things On The Tenth