When one of the headlights in the van Mimi drives burnt out, I knew it was one of those “teachable moments” that every decent parent is honor-bound to take advantage of.

Mimi spared a moment from the Very Important text she was about to send in order to glare at me in disbelief. She flatly refused to come with me.  My youngest child informed me that she didn’t need to know how to fix a headlight as she was going to have her husband fix everything for her.  (Seriously?? MY daughter thinks that way? Where on earth did I go wrong??)

Apparently, my parents were a little more adept at raising self-reliant children than we are.  Before I was allowed to get my driver’s license, my dad made sure that I knew my way around a car.  I was the only kid I knew that could change her spark plugs, wires, cap and rotor, filters, oil and tires.  In fact, when the need arose, I had no qualms about taking my car door apart to repair a broken window mechanism or to diagnose and replace my engine’s alternator.

I still grin when I think about the neighbor that stopped by the house unexpectedly and caught me sprawled underneath my little silver Honda.  Who would think that a look of horror at the sight of engine grease marring my bubble-gum-pink manicure could be so satisfying?

Alas, with the passage of time and the increased usage of computerized parts in cars, my inclination to climb beneath the hood has faded away.  It just seems to much easier and quicker to pay someone to do it for me.  Apparently this hasn’t been the best example for my children. 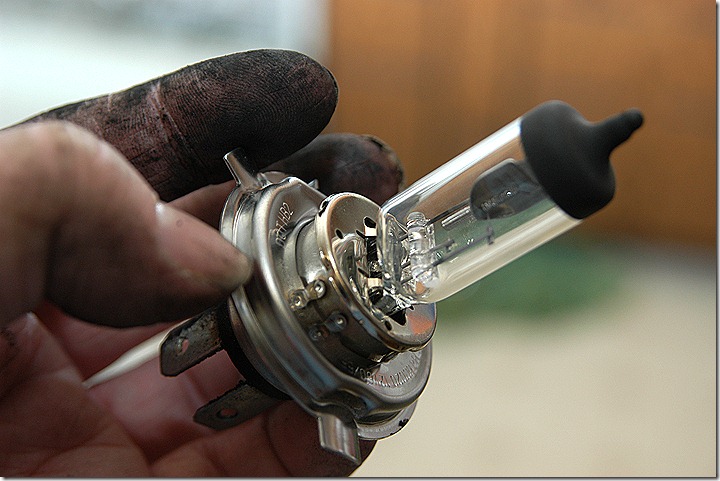 I tried reasoning with Mimi by giving her the self-sufficiency talk that she’s been hearing (and apparently not ignoring) all of her life.  It didn’t seem to matter, Mimi still insisted that she didn’t need to know anything about car maintenance.

I gave my stubborn child a hard look, then sighed and agreed that she didn’t have to learn how to take care of the car after all.  This was met with a quick “Yes!” accompanied by a fist pump and a huge grin.  I watched that grin slowly fade away as I finished chatting with her.

I merely explained that until she finished all her schooling, then met and married her Special Someone (this is definitely NOT something we are rushing!) she wouldn’t be driving any of our vehicles.  Then I turned around and walked out to the van.

Much to my amusement, my wayward child was right on my heels.  After much grumbling and worries about broken nails, Mimi now knows how to open the hood of the van.  She may or many not have retained the knowledge of how to actually change the bulb, but she does know that it can be easily done in less than five minutes.

You never know what Teachable Moment is right around the corner.   I think I could have a lot of fun coming up with some really bizarre things I simply have to teach Mimi…for her own good, of course…

4 Responses to Those Teachable Moments…