For Parent’s Weekend, one of our tasks was to bring our daughter her Mississippi Map Turtle.  We had purchased Terry the Turtle on a whim when we flew KT home for the Reptile Expo back in October.

I have to admit that getting the tiny little turtle for KT was my idea.  The rule for having a pet on campus was that whatever it was, had to be able to survive under water for twenty minutes.  Unless you were very creative, that pretty much limited you to something like a goldfish.  When I saw this small aquatic turtle, I knew it was the perfect pet for our girl.  Aside of being adorable, it was cheap, lived in a shallow bowl and seemed easy to care for. 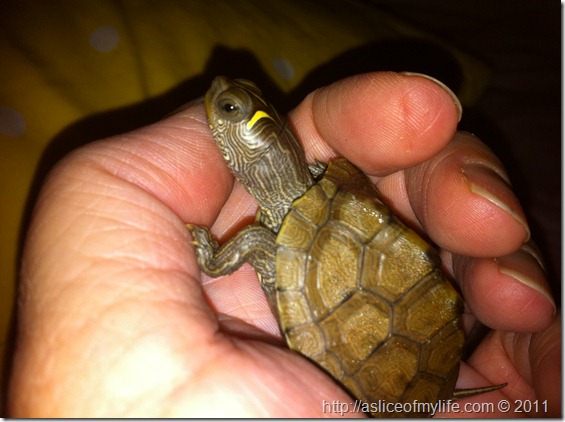 Of course, a little research when we brought her home showed that these turtles (who live around seventy years) require a bit more than a shallow bowl to thrive.  A lot more money then I had expected to spend later, the turtle, who was named Terry, now had a beautiful tank, filters, heat pad, lamps, and a whole mess of stuff that I don’t even know about.

As much as KT wanted to bring Terry back to school with her right away, the airlines have gotten a little picky about what they allow you to bring on their planes. Being the doting parents that we are, we agreed to transport the small retile to college.  Shaun loaded all the gear in the car and I carefully cradled the small container we transported Terry in on my lap for the entire 497 hour drive over the pass to KT’s school.

When we arrived at KT’s house, our first task was to set up Terry’s new home.  It didn’t take long at all and she was one happy turtle when we put her back in the spacious tank. 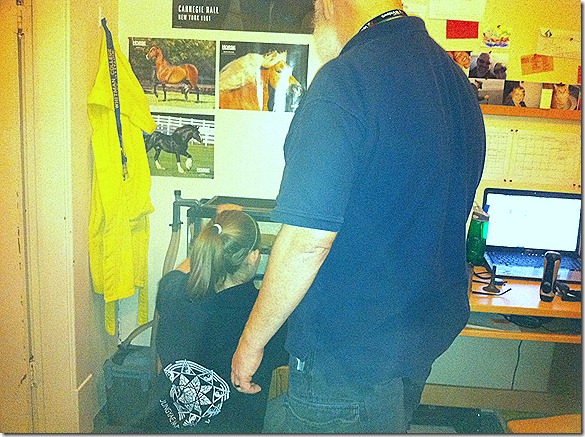 We aren’t going to talk about what a horrible shot this is, ok?

Apparently, Terry very popular with college kids.  KT tells us about how people are constantly stopping in to chat with the turtle.  (I know first hand that she is a very good listener.)

Our KT came home on Friday evening carefully cradling Terry in a bigger plastic container.  (I can’t believe how much she grew in a month!) Shaun had already set up a second “home away from home” for Terry.   Then he put together a short video of Terry dancing.

We’ll be sad to she her (and KT!) leave when Thanksgiving is over, but they’ll be back for Winter Break.

2 Responses to My Grand-Turtle Terry