A week and a half ago we were in Walla Walla visiting KT for parent’s weekend at Whitman College.  We had big plans to do all the activities arranged by the school.  This was in direct contrast to the “going off and doing our own thing” that we had done last year.

We started off bright and early Saturday morning by helping with collecting and sorting the recyclables from all the dorms.  (Which should be a post all on it’s own.) After all that hard work, we realized that we were starving.  So we grabbed KT and one of her friends who’s parent had visited the week before and went into town to dine at the amazing Garden Vegan Café.

Over lunch, KT’s friend was telling us about an adorable puppy he had been playing with while volunteering at the Humane Society.  He marveled that it hadn’t been adopted yet.  Shaun joked that we would simply have to go meet the puppy and adopt it ourselves.  I just laughed along with everyone else as they are always pleading to get more animals.

Little did I know that an hour later we would be traveling down a narrow dirt road out in the middle of nowhere.  It wasn’t until we reached a small building at a dead end that I bothered to ask where we were.  (I’m used to Shaun just taking us on random rides.) Instead of an answer, I watched as my husband and daughter exchanged grins and was urged to come inside.

Before I knew it, I had been ushered into a stark room with cement floors and found myself face to face with the most scruffy and most tiny puppy I had ever seen. She took one look at me then stood on her hind legs and started to dance.  It only took a second, but she stole my heart. 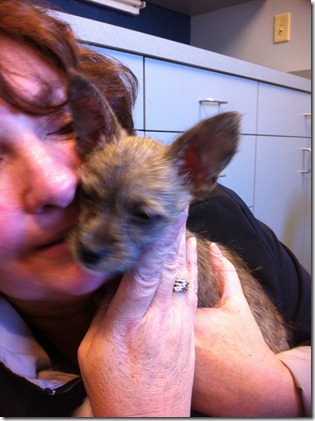 While the puppy and I bonded (with Shaun and KT shooting looks back and forth at each other when they thought I wasn’t watching.) my husband said he was going to go adopt her.  I didn’t think much of it.  I happen to know that there are lots of hoops and ropes to jump over in order to bring a puppy home.  Besides, we didn’t even live there, we lived hours away.

Apparently things a bit more relaxed when you are hours away from Seattle.  Shaun came back with a fistful of papers and announced that the new puppy was ours.

We didn’t end up doing any of the college activities that weekend.  We had something much more interesting to occupy our time. 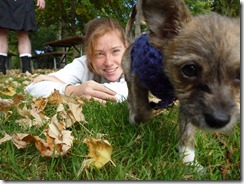 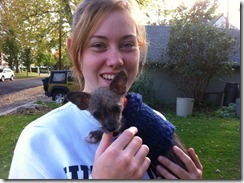 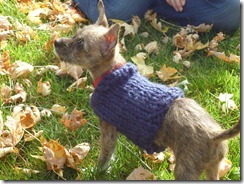 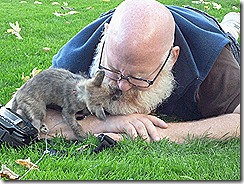 Like showing her off to all of KT’s friends.  (All of her friends and housemates are really nice kids.  I think we got to know them much better with a puppy to break the ice.) We also had to decide on a name for her.  (We decided on Maggie.) KT needed to knit her a sweater to keep her from shivering. (Can you believe she did that in an hour?) And of course we just needed to love on her. 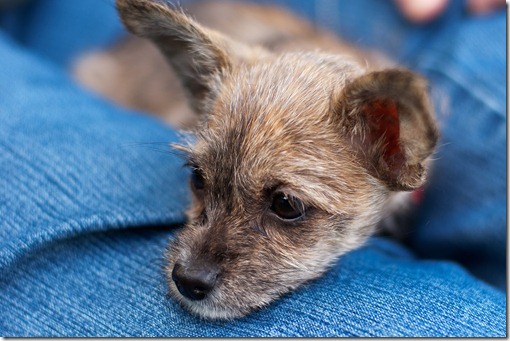 I’m still not quite sure how this happened.  But I’m kinda glad it did.

2 Responses to The Parent Weekend Surprise