Not So Foolish April

This morning the dogs woke me up.  They were whining to go outside much earlier than I wanted to get up.  (Granted, one could hardly fault the dogs, as it was a few hours later than I usually am up, but still…  Some mornings are just made for sleeping in.)  I grumbled as I let the dogs out and desperately hoped that this would be the one morning they would want back in within two minutes or so.

Then I spied Mimi sleeping on the couch.  Apparently she had decided to catch up on her television watching and had fallen asleep there.  (We don’t watch TV during the week in our house.) Realizing that there is a lot of truth to the old cliché that “misery loves company,” I woke her up.  I told her that I thought it was only fair that she let the pups in as I had to come all the way downstairs to let them out. 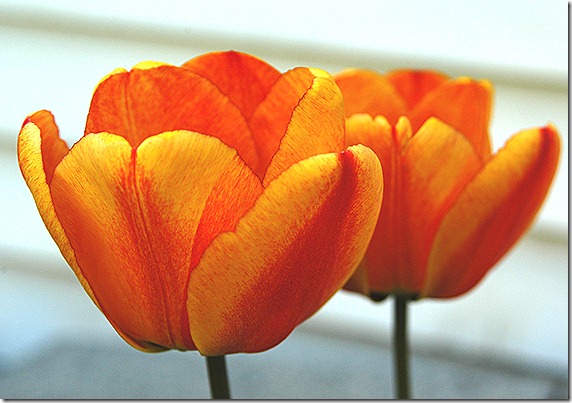 Instead of the outrage I expected, Mimi merely gave me a sleepy grin and said, “You’re just lucky I didn’t Saran Wrap you into your room.”

Then Mimi explained to me that she had been planning to trap me with an invisible barrier  as an April Fool’s joke.  She had discussed it with her father, but knowing that I would probably walk into it in the middle of the night, was worried that I would be angry with her.  Honestly, I have no idea if I would have handled it with good humor or not.  I’m glad she decided not to do it though.

I have to give her credit for coming up with a plan though.  I always want to play April Fool’s Jokes on people.  The only thing is, most pranks seem rather mean-spirited to me. I love to read about them, but never actually want to do them.   (It is possible this has a bit to do with my forgetfulness rather than my gentle nature though.)

The only joke I can ever remember doing, is telling Shaun that I was pregnant.  As I recall, it worked so well the first year, that I repeated it over and over.  Shaun just shook his head at my sad attempts.  I finally stopped about four years after my hysterectomy.  Oh well…

I hope you have a wonderful, prank-free April!

Thank you for reading A Slice of My Life. I hope you enjoyed reading this as much as I enjoyed writing it. If you liked this post, why not consider “liking” my Facebook Page,  subscribing by mail (at the right) or signing up in a reader. I’d be thrilled and you would never miss a post!

This entry was posted in Family, It's all about me!, Mimi, Traditions and tagged April Fool's Day, dogs, jokes, practical joke, pranks, pregnant. Bookmark the permalink.

2 Responses to Not So Foolish April