Shaun and I were snuggled in our bed, he with his iPad and I with my kindle. I was deeply engrossed my novel when I was abruptly pulled from my tale. I sighed, thinking Shaun was getting ready to regale me with really bad jokes he had found on the internet as he so often does. Instead, he announced that the last time I had made a blog post was on June 17th. Then he demanded to know if I was ever going to blog again. Honestly, I had been wondering the same thing myself.

That was a couple weeks ago. I’ve thought about Shaun’s question quite a bit. The trouble was, I told myself, was that I didn’t know where to start. Did I just jump in where we are? Did I try to catch you all up on what’s been happening? Did anyone but me even care? So, instead of writing anything, I just played mind-games with myself and accomplished nothing.

Then last night, as I was sneaking Mimi into the house to surprise her father, (I told you a lot has happened. Mimi is now a college student and we are empty-nesters!) I happened to glance up at the sky. In between the trees hung a glorious full moon. It was, of course, the rare blue moon. As I gazed in wonder, I’m pretty sure it winked at me.

Yes, I’m almost, nearly, practically completely positive that the Man in the Moon sent me a sign that it was time for me to just jump in and get my feet wet again. Fresh starts are as rare as….well…a blue moon. (You can stop rolling your eyes now!

Now that I’ve got that awkward, super cheesy, first-post-back written, I’m ready to get on to some more interesting stuff. Like my husband ordering 50 pounds of chilies from New Mexico. 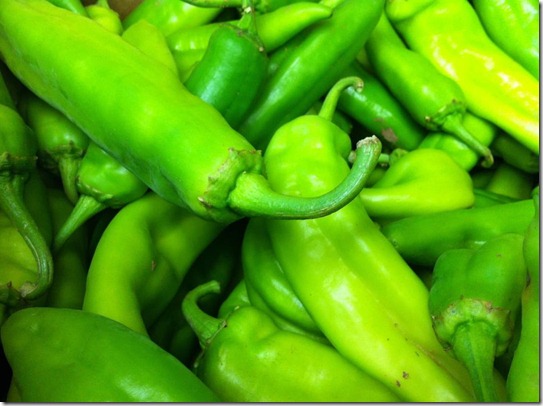 (But probably not until the holiday weekend is over.)

This entry was posted in Blogging, It's all about me! and tagged bedtime, Blogging, blue moon, cheesy, full moon, ipad, kindle. Bookmark the permalink.