A couple weeks ago, I set a loose goal for myself to bake some sort of bread about once a week. I had no particular reason to do this…it was just one of those things. (What? You don’t get crazy urges every once in a while?) The first week I made naan. I realize that some may argue that this Indian flat bread more closely resembles a tortilla than a loaf of bread. They may fuss that it is grilled and not baked. Yet, according to my rules (that I just made up) it contains yeast and needed to rise so it counts as bread. Besides, it made my husband nearly swooned with delight, so it definitely counts as a win.

The next week, I made some much more traditional breads bowls and filled them with homemade soup. My family picked at them asked when I was going to make naan again.

When I was looking for my third recipe, I stumbled across something called “quick cinnabuns.” Hmmm….they looked delightful and could be ready in half an hour. Only…they didn’t contain any yeast. Could a cinnamon roll without yeast possibly taste any good? And what about my rule that it was only bread if it contained yeast? I was ready to pass on that recipe when Mimi happened to walk by. She immediately started drooling and begged me to make them. Knowing that rules were made to be broken, I made a batch. Actually, it’s quite possible that I made two batches. It’s also possible that there were no leftovers. 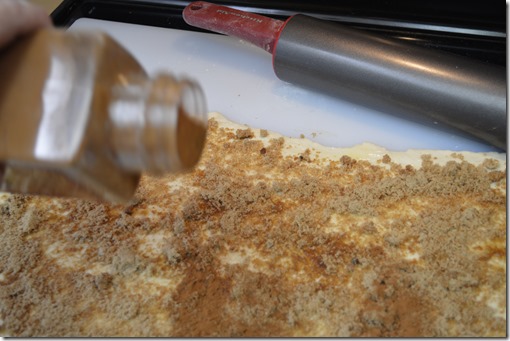 At dinner Saturday night, Shaun and Mimi started talking about how excited they were about having cinnamon rolls again the next morning. When I asked them what they were talking about, they both looked at me like I was crazy. They insisted that it was our new tradition for me to bake Sunday Morning Cinnamon Buns.

I merely laughed at them and told them they were nuts. 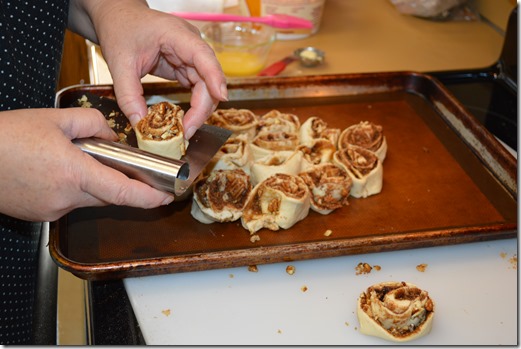 Yet, somehow…and I really don’t know how this happened… I found myself breaking out my flour, cinnamon and rolling pin this morning.  It seems we have a new tradition. Next week, maybe…just maybe… I may get up early enough to make real, yeasty cinnamon rolls. Then again, half an hour is nearly instant gratification. 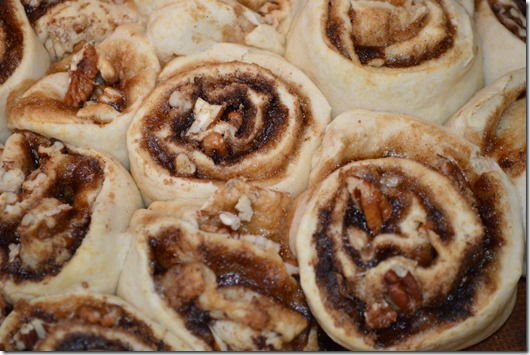 Mmmm….I can almost smell them now.

Thank you for reading A Slice of My Life. I hope you enjoyed reading this as much as I enjoyed writing it. If you liked this post, why not consider “liking” my Facebook Page, subscribing by mail (at the upper right) or signing up in a reader. I’d be thrilled and you would never miss a post

This entry was posted in Cooking, Food, Humor, It's all about me!, Mimi, That Man O' Mine and tagged baking, bread, Cinnamon rolls, Family, naan, Sunday Morning, tradtions. Bookmark the permalink.

2 Responses to A Sweet Tradition