I was about 19 when a friend of mine started talking about football. It must’ve been shortly after New Year’s because I remember that I had recently watched the Rose Bowl Parade on television. In my innocence, I asked how many Bowls were left until the Super Bowl. Seeing the look of confusion on my friend’s face, I went on to explain that I was talking about things like the Rose Bowl, the Apple Bowl and the Orange Bowl. I just wanted to know how much longer until they got to the Big Daddy of bowls…the Super Bowl. Once she stopped laughing and picked herself up off the ground, my friend explained to me that they were completely different. The Super Bowl was for professional football players, and all the others were college level.

Needless to say, I’ve never been accused of being a sports fanatic. Over the years, any sports I watched were pretty limited to my girls as they played softball, basketball, soccer, martial arts and dance. I’ve been known to get caught up in the excitement of professional sports. Heck, I’ve had fun going to a few different games and watched them on the big screen…but given the choice, I’m just as happy curling up with a good book. 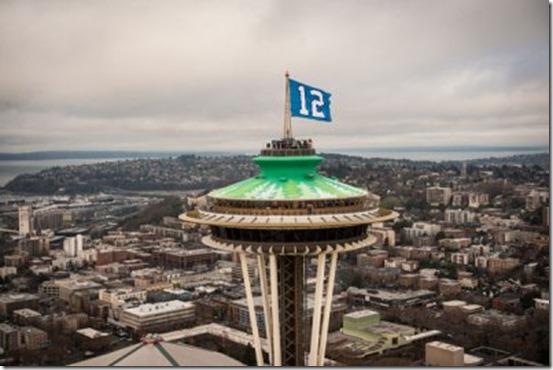 I’ve always cheered our football team, the Seahawks, on in an absent-minded way. It wasn’t that I wasn’t loyal to our team, I knew they were out there playing, I just didn’t think about them all that much. This year is different though. This year, our town exploded in blue and green. Beautiful blue flags with a white “12” emblazoned on them fly from cars, buildings and even our Space Needle to show the support of our fans. The air is filled with a nearly tangible excitement. This year, the Seahawks are headed to the Super Bowl. (That’s the professional one, just in case you’ve lost track.) And this city has gone crazy! It’s impossible not to climb aboard the bandwagon and cheer our team on. 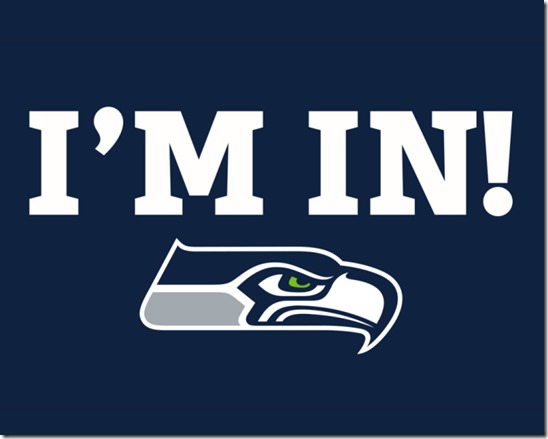 Win or lose (what am I saying, of course they are going to win! Even a non-sports fanatic like me knows that!) they are our team and our entire city couldn’t be prouder of them!