I’ve heard it said many times that those high school years are the best of your life. I have no idea who actually believes that. Most people would say those years were okay, and some would say that it was a personal hell they had been forced to endure. It breaks my heart to say that my youngest daughter may have been in that last group.

School, particularly high school wasn’t a good fit for my passionate, creative and smart girl. She didn’t do well in the traditional classroom setting, nor did she end up with a circle of friends that really “got” her. We sent her off to college, with high hopes that she would thrive there. She did well at first, but as the semester went on, she realized that it just wasn’t for her.

Finally, we listened to what she really wanted to do. Our girl, that had been obsessed with make-up videos, creating hair masterpieces, painting her nails and doing make-overs for her friends, convinced us to send her to cosmetology school. Our Mimi had found her niche.

My daughter, who in the past, could barely drag herself out of bed, was cheerfully up by six-thirty every morning in order to get to school on time. She would put in an eleven hour day and come home so excited to tell me all about it. Through her enthusiasm, I learned more than I ever knew was possible about hair. Even on the days that she was exhausted beyond belief, with aching feet and a throbbing back, she was so happy. Some days, I could barely stop the tears from falling as I watched my baby blossom into who she was meant to be.

Last Sunday, while so many were watching the Oscars, I was watching my daughter’s graduation ceremony. They announced the first of three awards. The first was a Client Service Award. It was given to the student who has the most guests requesting her as a stylist. It wasn’t too much of a surprise that it was given to Mimi. People have always been drawn to her. That, combined with the skills that she had developed, kept so many asking for her over and over again. 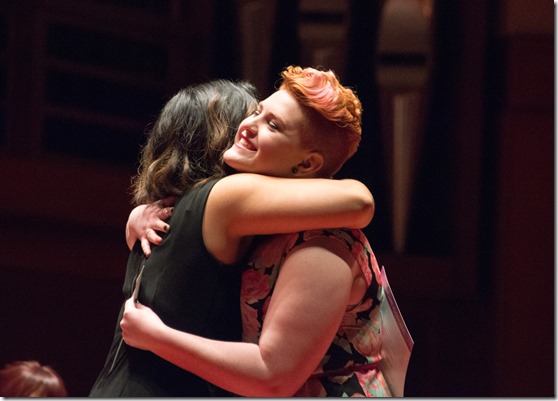 When the third certificate, the Gene Juarez Academy Award,  defined as the “Best of the Best,” was announced, we were shocked. It didn’t occur to us that someone could be honored with more than one award, but our Mimi won it! We were so proud and excited for her.

Mr. Gene Juarez, who rarely comes to the graduations, was there as the Keynote Speaker. Mimi had talked with him earlier, and this man who is so successful in his industry, encouraged her to travel and follow her dreams. During his speech, he stumbled over a quote, which only served to imbed it in my mind. He said;

“Those who work with their hands are laborers,

Those who work with their hands and brains are craftsmen,

Those that work with their hands, brains and hearts are artists.

I have no doubt in my mind that Mimi will be an amazing artist, growing in whatever direction she chooses and working in salons that appreciate her talents and passion. I can’t wait to see where her path leads her. It’s going to be so amazing. 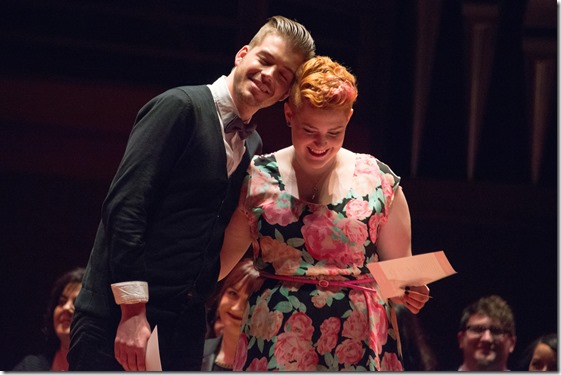 Especially knowing that this is only the start of the best years of her life.

Thank you for reading A Slice of My Life. I hope you enjoyed reading this as much as I enjoyed writing it. If you liked this post, why not consider “liking” my Facebook Page, subscribing by mail (at the upper right) or signing up in a reader. I’d be thrilled and you would never miss a post. Oh…and I love comments!