Waiting Until the Last Minute

New Year’s Eve should have found me leisurely creating a new and tantalizing appetizer and getting ready for a party I was excited to attend. Instead I found myself hastily throwing together a tried and true version of stuffed mushrooms and running a brush through my hair in-between alternating bouts of sitting at my sewing machine, and trying not to burn myself at the ironing board.

This was all because of a decision I had made a few months ago. Twelve months ago if we are going to get precise. You see, I had been thinking about New Year’s Resolutions. I wanted to come up with something that I would actually follow through on. I have journals and scraps of paper going back to the time when I first became aware of resolutions. Fourteen year old Susan had the same resolutions that forty year old Susan had. We (along with the rest of the world) resolved to get organized, to go running every morning, lose weight…you know, every cliché that’s out there.

My sweet husband Shaun argued that it was silly to make resolutions. New Year’s was just another day of the year, goals could be set at any time. I just looked at him and shook my head. He simply didn’t understand the power of traditions. So I thought and played with different original, yet useful ideas I could make as resolutions. I finally came up with an idea while we were on a short getaway. I was going to make an apron.make an apron. 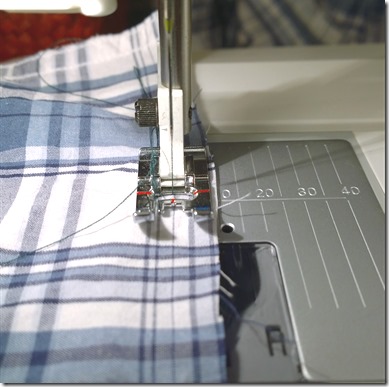 I have no idea why I have wanted to make an apron. I have aprons…lots of aprons…that I rarely wear. Yet still, I needed to make one. I thought about my apron all year long. I gazed at every apron I saw, I pinned them and I drooled over them. Heck, I even bought a couple. Yet…I didn’t do anything about making one. At least not until I had only hours to make one on December 31st.

I quickly decided that I would throw one together from one of Shaun’s old button down shirts like I had seen on Pintrest. A few snips here and even fewer hems there and I would have fulfilled my goal. I stood, poised with my scissors, and realized I couldn’t, in good conscience take the easy way out. My apron needed to have a skirt, bib, long ties…and a chicken.

A chicken? I asked myself why on earth I thought I needed a chicken on it.  My over-active imagination simply specified that the chicken had to be made into a pocket. 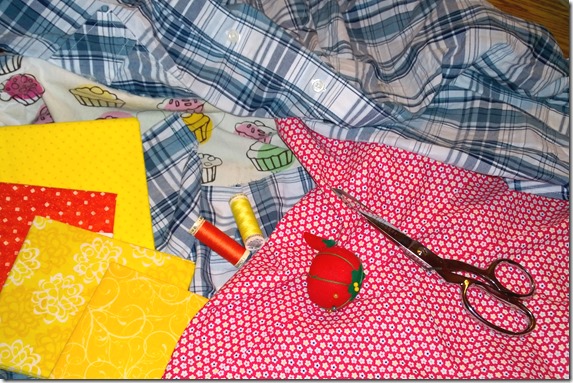 I pieced together most of bones of the apron before my ride for the party picked me up. I’d never made an apron before, and didn’t have a pattern so I was crossing my fingers that my ideas would work.

The next morning, after I had recovered from my festivities afternoon, I set to work creating a Chicken Pocket.  I dredged from the corners of my mind everything I had ever read about applique, found a coloring page of a chicken I liked, and gathered up some colorful fabric. I definitely need more practice as it’s far from perfect. However, after a bit of trial and error, I came up with a chicken that simply makes me beam for all of it’s colorful silliness. 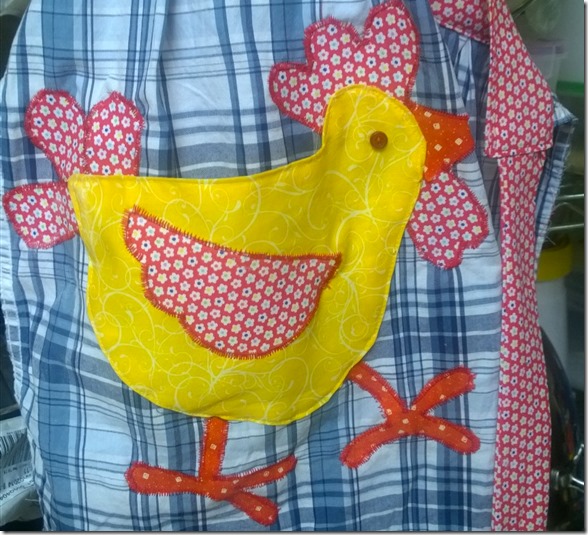 This entry was posted in Crafty, It's all about me!, Traditions and tagged apron, chicken, crafty, New Year's resolutions. Bookmark the permalink.

2 Responses to Waiting Until the Last Minute