One of my girlfriends called me at the end of last week to chat about something or other. After a moment or two of conversation, she seemed rather alarmed at my croaky voice and persistent cough.

“Are you all right?” she asked.

“Temecula?” My friend asked. “I haven’t heard of that. Although, I’m pretty sure there is a coastal town in California with that name.”

Hmmm…My friend may be on to something. The truth is, while I felt deathly ill, there isn’t really a dreaded disease by that name. Well, at least not that I am aware of. Most people call what I have, the Common Cold. What a boring name for something so completely miserable. 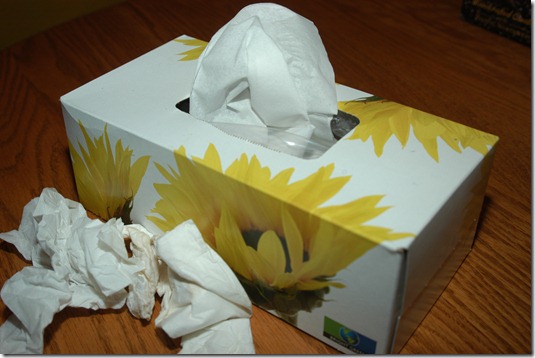 It all started just a little less than thirty years ago. Shaun and I would drive up from San Diego up to Los Angeles to see my aunt and grandparents every month or two. Keep in mind that this was practically back in the cave days. There were no cell phones, no DVD players, no Spotify or iTunes or any of the wonderful stuff we have today to keep ourselves entertained. All we had was a car stereo with sketchy reception in the areas that hadn’t been developed between those two major cities yet. Oh yes, and each other to talk to.

Shaun and I have a love of word games. We often will say something that sets us off on a rhyming contest to see who can come up with the best rhyme in a sentence. Or maybe we will see a random word or name and instantly launch into some elaborate, yet highly plausible story up about that word. It was considered a win if we could actually convince the other to believe it. Of course, we had gotten rather skeptical of each other and were rarely convinced.

One of the words that we played with was the name of a town we saw on the freeway signs. “Temecula, next 3 exits.” Play with that in your mouth. Tem-ehhh-cuuuu-la. Draw the c out in the back of your throat. Do you see how it could sound like a horrible disease? We did. Somehow, this one word, and the silly meaning that we invented behind, it has stuck with us…and our children.

So whenever we have a miserable, yet harmless illness, we claim that we have the Dreaded Temecula. We are allowed to moan and groan and fully embrace our horrible fate until everyone else in the family is sick of us. Somehow, that makes it a little less miserable.

Don’t worry, it looks as though I will make a full recovery. I just hope I didn’t make anyone else sick…I don’t want to listen to their whining about having Temecula.

13 Responses to The Dreaded Temecula